The Oak Chronicles: Travels Through France

After a lovely day in Paris acclimating to the food, wine and language –ouest le Brasserie du Vin?—as well as a visit to the Louvre to soak up some art, my colleagues and I set out for our first stop: Champagne. No self-respecting wine lover goes to northern France without a visit to the Mecca of bubbles.

The drive from Paris to Champagne is a relatively short one, treating pilgrims to the green rolling hills, forests and farmlands so common to this part of the world. At last we arrived in Épernay, our lunchtime destination.  This important little town houses scores of small and large producers alike. Ensconced underneath the grand manors and ancient streets are 120 kilometers of caves, containing several million bottles of aging bubbly.

I considered the catacombs and privately thanked the wine Gods for not inflicting earthquakes on the region, all the while imagining a trembler resulting in a large wave of foaming bubbles, upon which I would (naturally) be riding a surfboard, flute in my hand at the ready.

Back in reality, we settled in to lunch with oysters, mussels and several bottles of bubbly, a notable Pierre Peters Blanc de Blancs among them.  The mood was high, the jetlag was quickly dissipating and we all agreed that nothing cheers a winter (or any other) day quite like a bottle of Champagne.

Sated and happy despite the descending rain, we headed to Dizy, where our host, Jean-HervéChiquet, greeted us warmly. As the co-owner of Jacquesson, Jean-Hervé, along with his brother Laurent, has been intimately involved in all details of the winery since taking it over nearly 20 years ago.

The vines in this part of the world are planted very close to the ground in order to maximize the heat radiated from the chalk soils, as the Northern latitude makes ripening a challenge. The ensuing wines are notoriously high in acid. In the cellar, these rapier-like wines are sometimes vinted entirely in stainless steel and then aged in bottle to resolve and soften them, but many houses, such as Jacquesson, also age their cuvées in large oak casks to shave the “edges” in the wine—the choice is entirely a stylistic one. 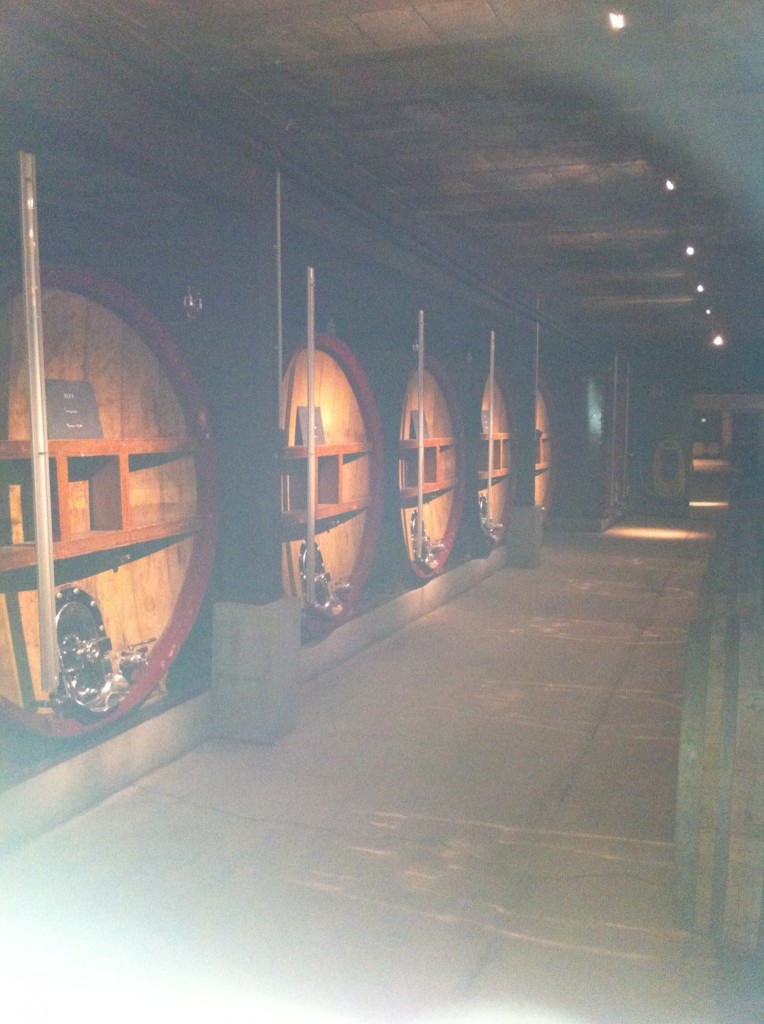 After a thoroughly educational tour of the vineyard, we sat down to a tasting of five of Jacquesson’s wines—several non-vintage cuvées as well as several vintage-dated single vineyard bottlings—all revelatory and all distinctive in their own right. The influence of the casks was evident; although significant amounts of new oak are rarely employed here, the oxygen exchange that occurs in the large foudres rounds the wine out, adding dimension.

In my mind, and on my palate, the wines were transporting, sleek, revelatory—heady as only the best bubbles can be. I always find Jacquesson’s wines to be both rich and etched at the same time, a dichotomy owed to the superb low-yielding vineyards planted in largely chalk soils paired with wood fermentation and aging. Stunning.

The winemakers in the group argued over their favorites; we left with several bottles to haul back to the United States, the mark of a successful visit.

As the rain settled in, we headed across the Marne Valley, site of an historic (and deeply mournful) WWI battle to our dinner destination—Épinal, located in the Vosges department in Northeastern France. Home to several important oak forests as well as the stave mill in which Kendall-Jackson is a partner, we were to spend the next 24 hours there learning more about where oak trees for barrels come from and how barrel staves are produced.

But that would be tomorrow; tonight, sustenance and comfort called. When we arrived in Épinal we checked into our hotel, an ancient, elegantly appointed manor that later appeared to me to be thoroughly haunted, and headed to dinner with our friend and colleague Jean-Marc.  Owing to its proximity to Alsace, the restaurant featured a menu more akin to Germanic cuisine than French fare—fresh caught trout and choucroute—that we all devoured with gusto.

That night sleep came easily. Time stood still. The ghosts roamed the manor. And I dreamed of the grandfather of Champagne, Dom Perignon. Upon discovering, quite by accident, that there were bubbles in his still wine, he exclaimed: “Come quickly! I am drinking the stars.” What a joyous occurrence indeed.

Join me next week for installment three of the Oak Chronicles, where we become acquainted with stave production, and meet our first group of Tree Geeks, the men of France’s venerable oak forests.