A baked oyster is a very, very fine appetizer for any meal but especially one that craves some festivity. 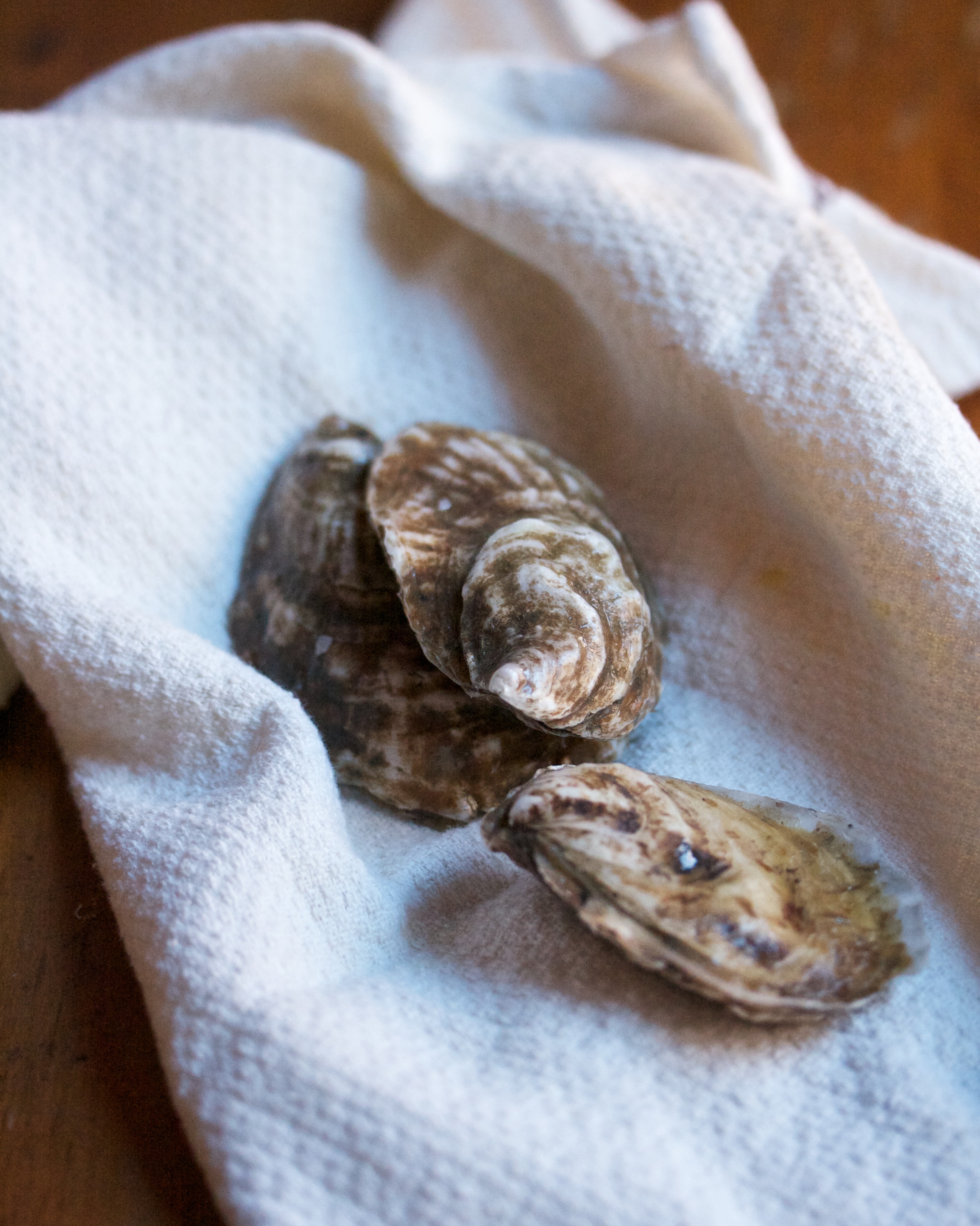 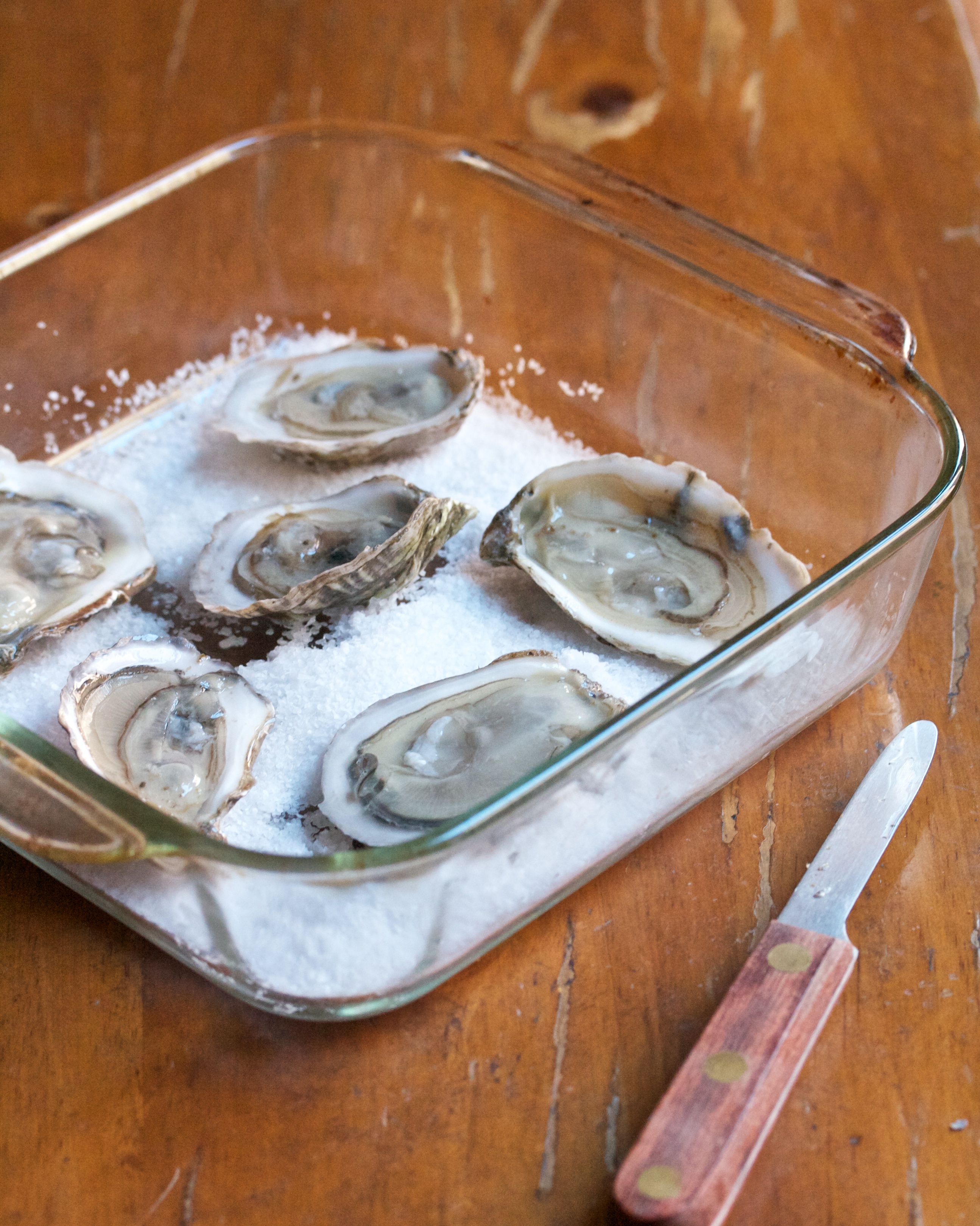 Forget everything you’ve ever thought about oysters–that they must be eaten raw, that you’re too weak to shuck them, head to your favorite local fishmonger, open a bottle of wine (before you even start cooking), and let’s bake some oysters!

The reason you should open the bottle of wine–here, K-J AVANT Chardonnay, whose body and hint of fruit-forward flavors goes so well with the roasted tomatoes and the seafood (if you like your oysters raw, then you’ll want to pair those with the Kendall-Jackson AVANT Sauvignon Blanc — it pairs so perfectly!) –is that you’re going to have to teach yourself to shuck oysters at home. This isn’t hard, but it could take a couple of attempts. Here’s a demo of how to shuck an oyster. Don’t get frustrated! Once you get one oyster unhinged, it all becomes kind of fun. 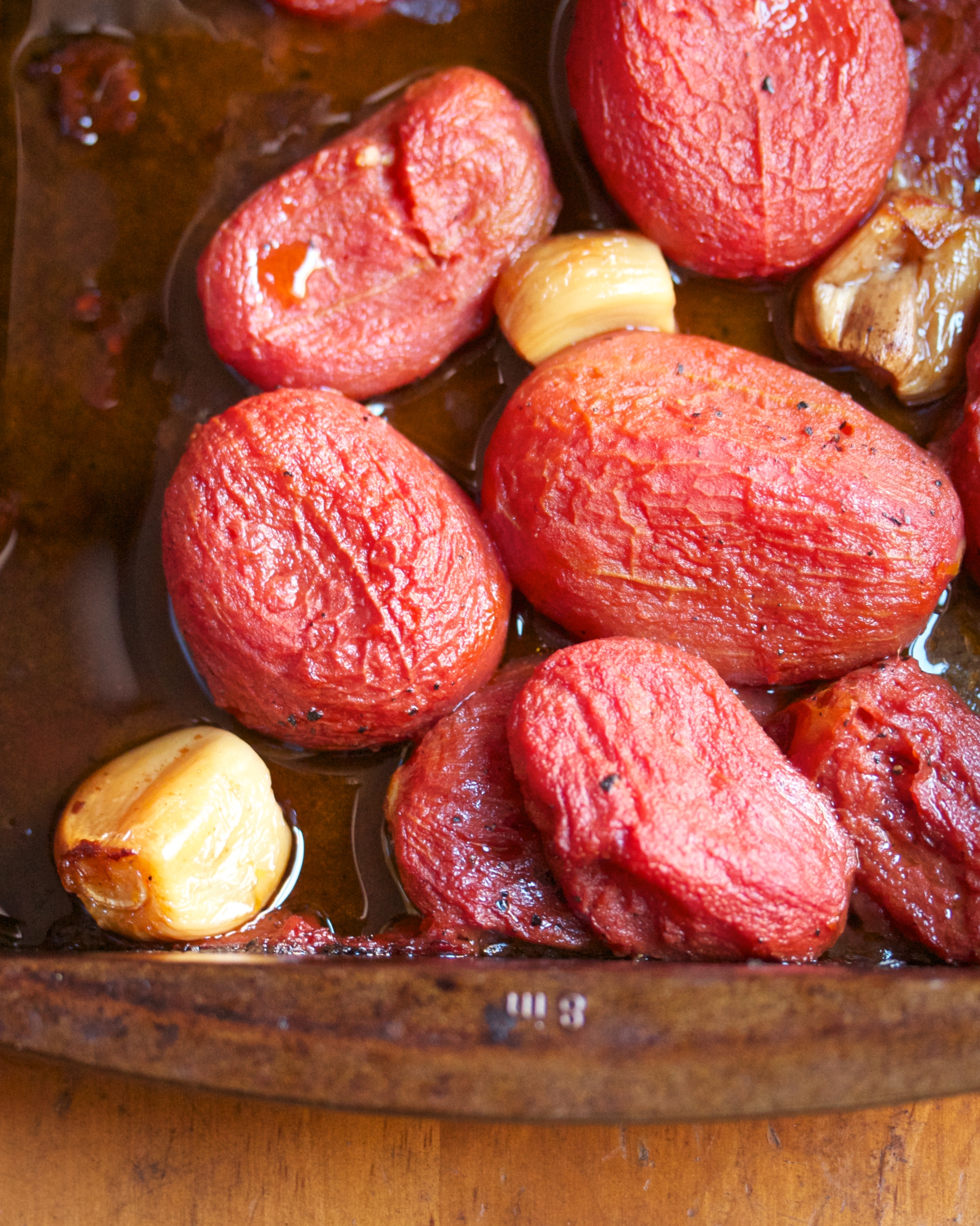 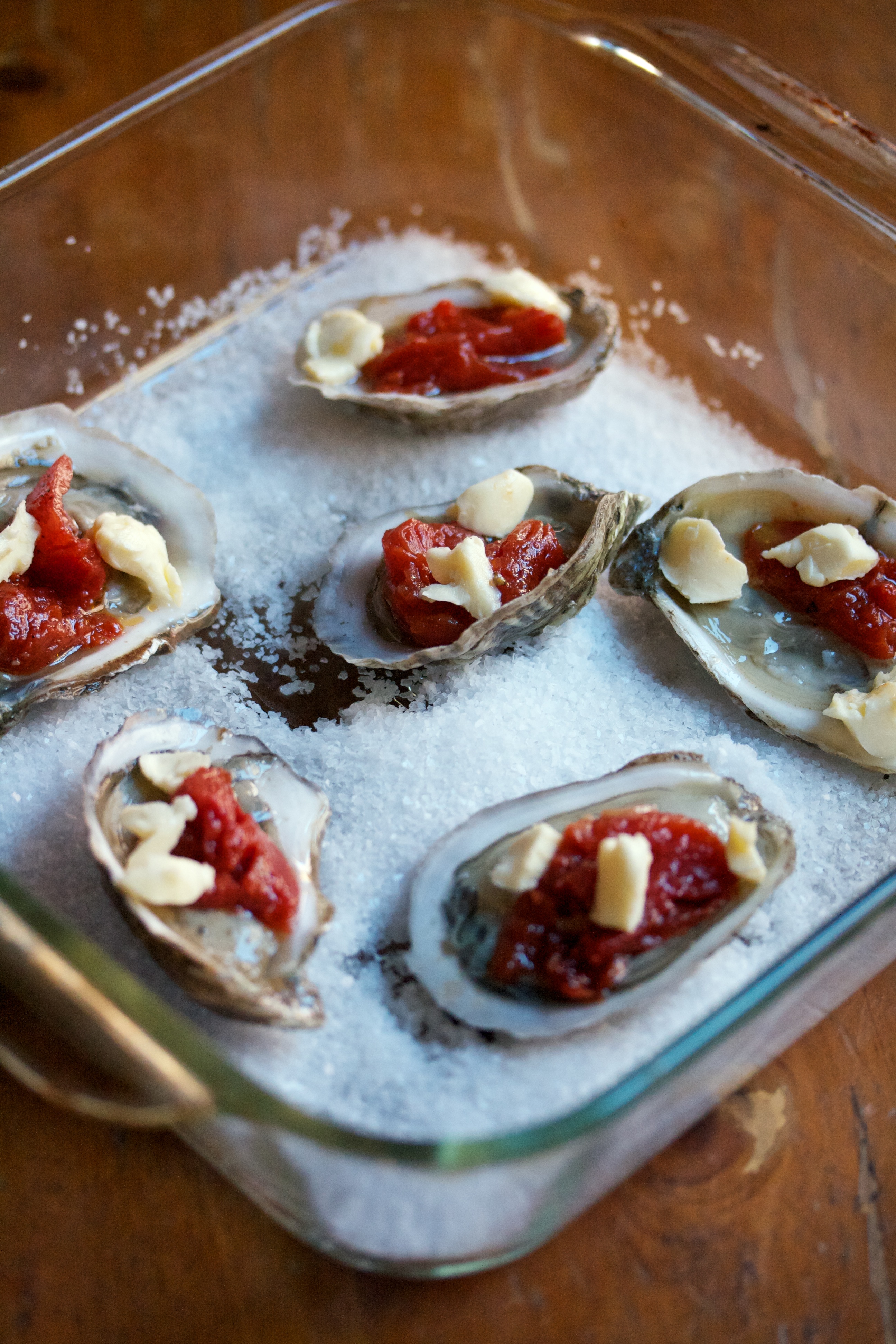 Oh, and while you’re carefully shucking, you’ll also be roasting whole peeled tomatoes from a can so that they turn jammy and sweet and nearly taste like summer. Make extra if this sounds delicious to you: you’ll want them on pasta and sandwiches, not just on oysters.

Anyway, if you’re shucking-challenged, your time is still not wasted. 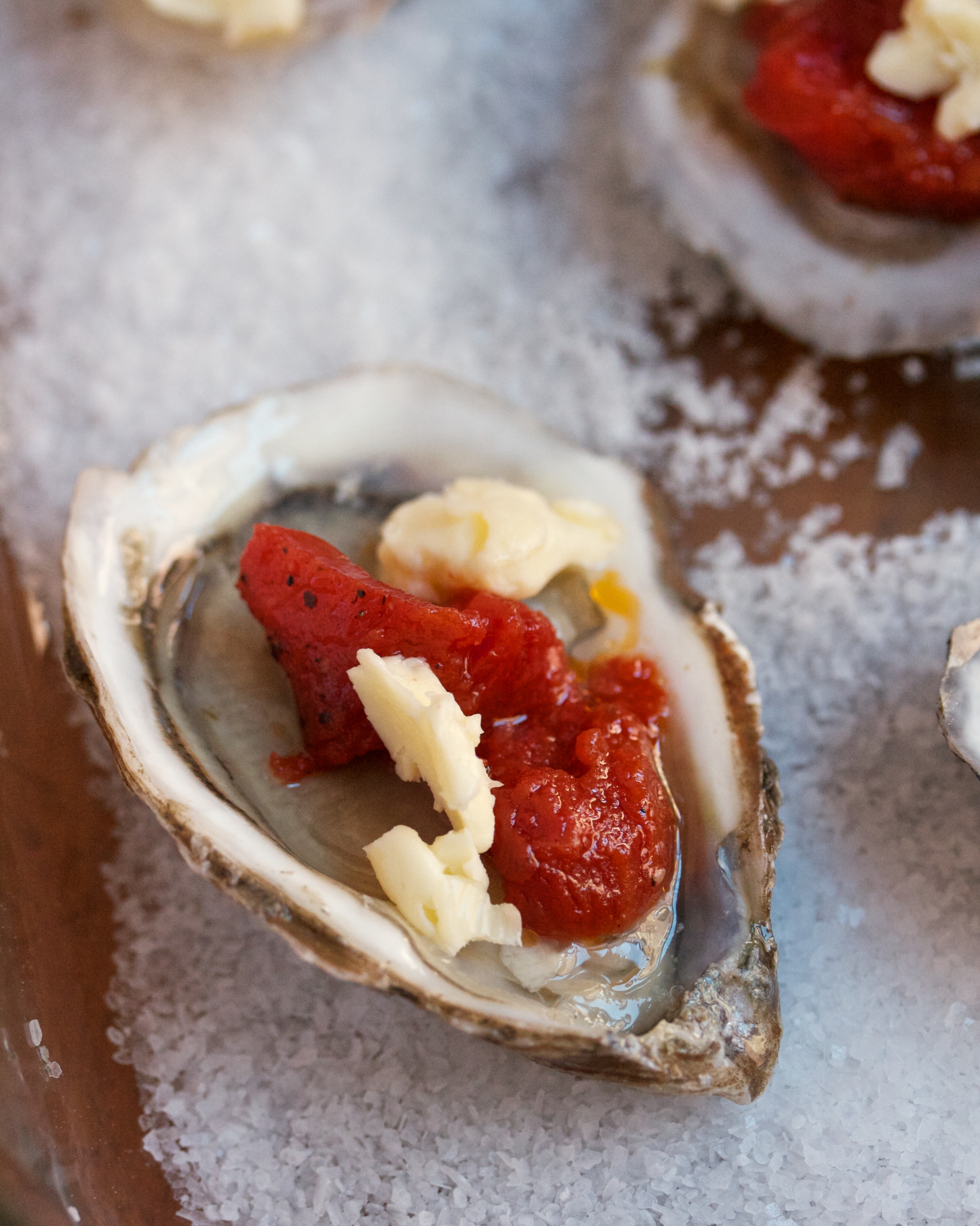 The shucked, tomato-topped, butter-gilded oysters then cook on a bed of salt. That helps keep each shell upright and all the juices, which taste like the sea, inside.

When they’re done, you’ll see the tomatoes becoming even more jammy, and the oysters curling up off the sides of their shells. 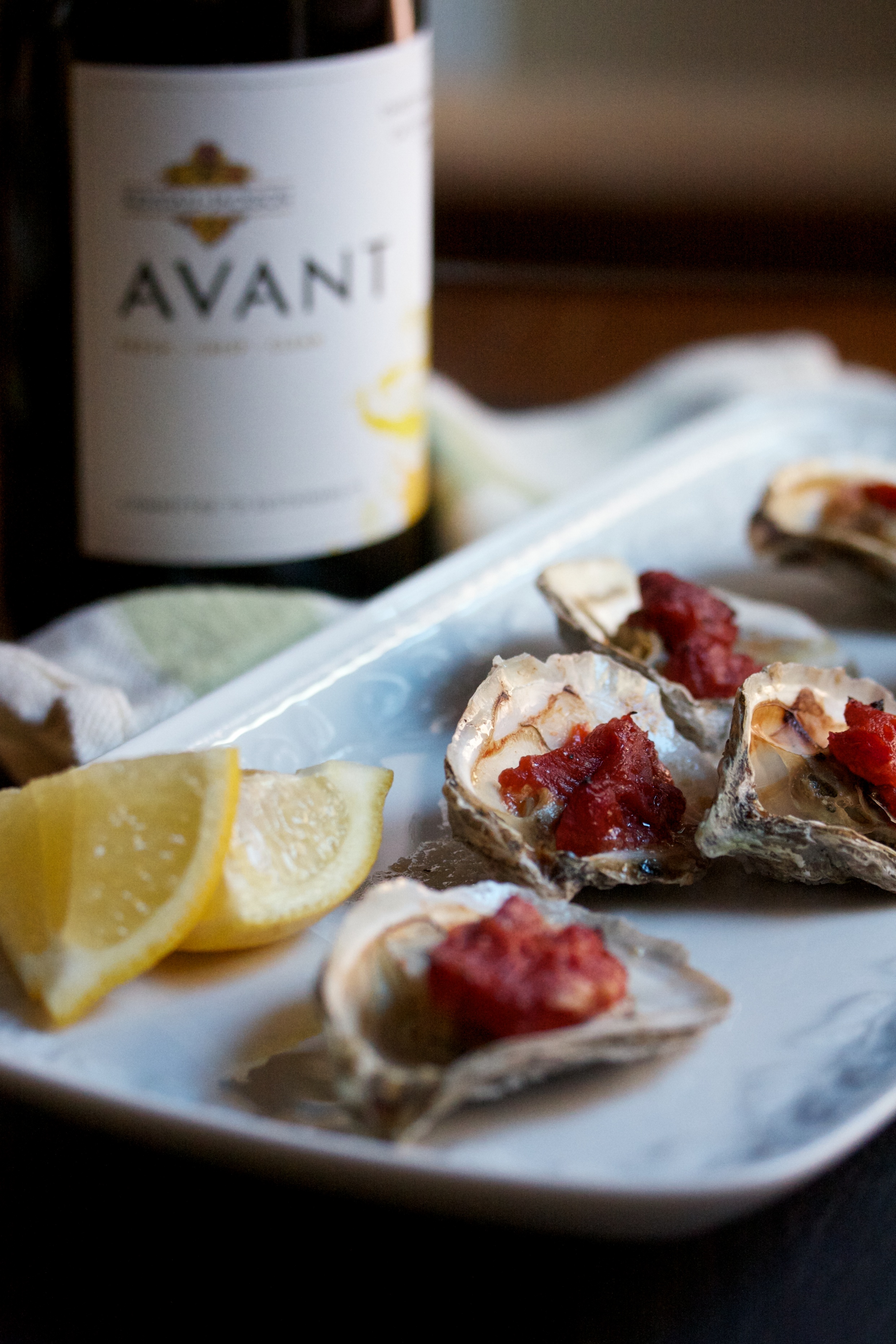 That’s the time to pour new glasses of K-J AVANT Chardonnay and dig in. 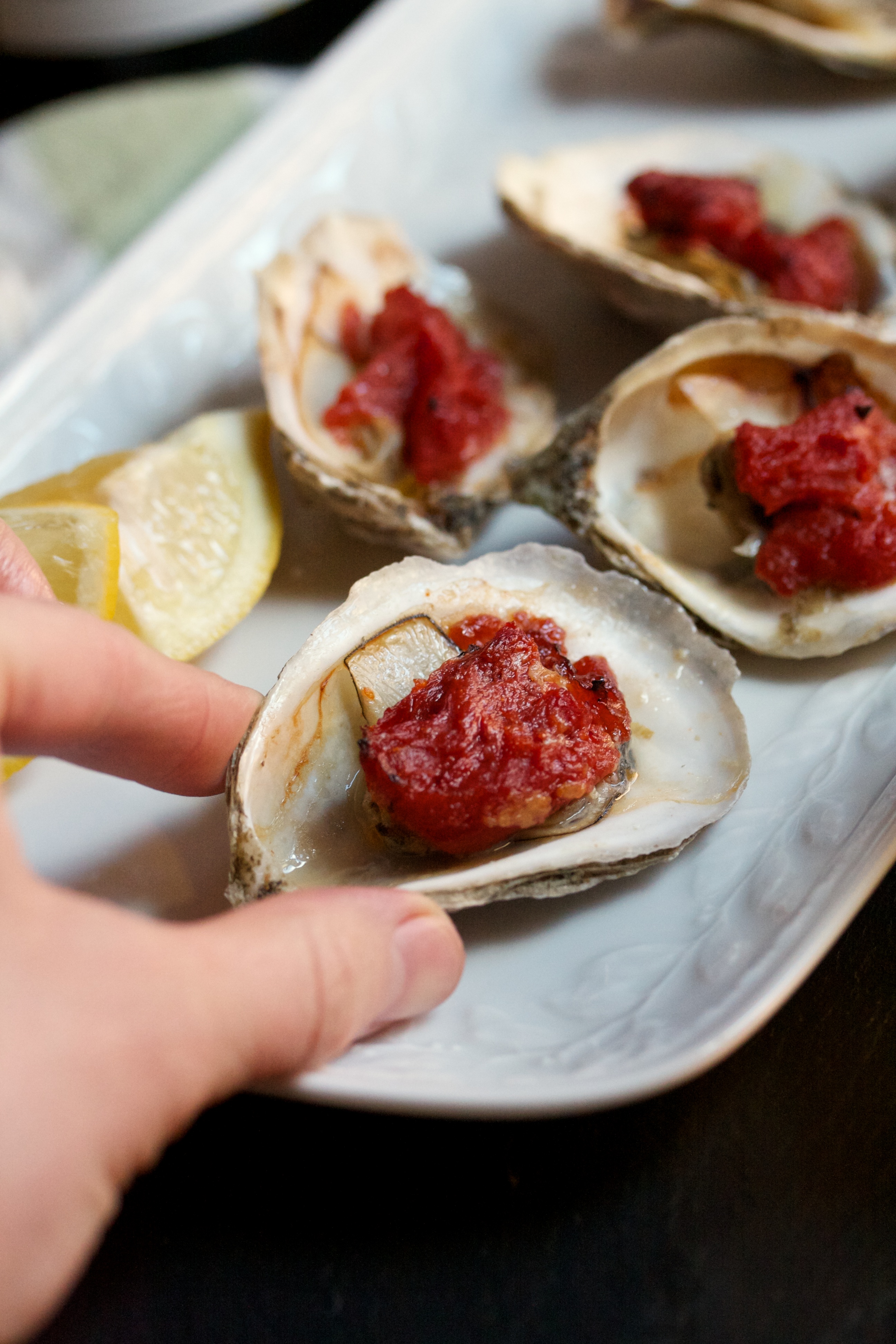