Hi There! I’m Katie from Butterlust, and I’m back to share another deliciously sweet dessert and wine pairing with you guys! Today’s theme? You guessed it — fall! 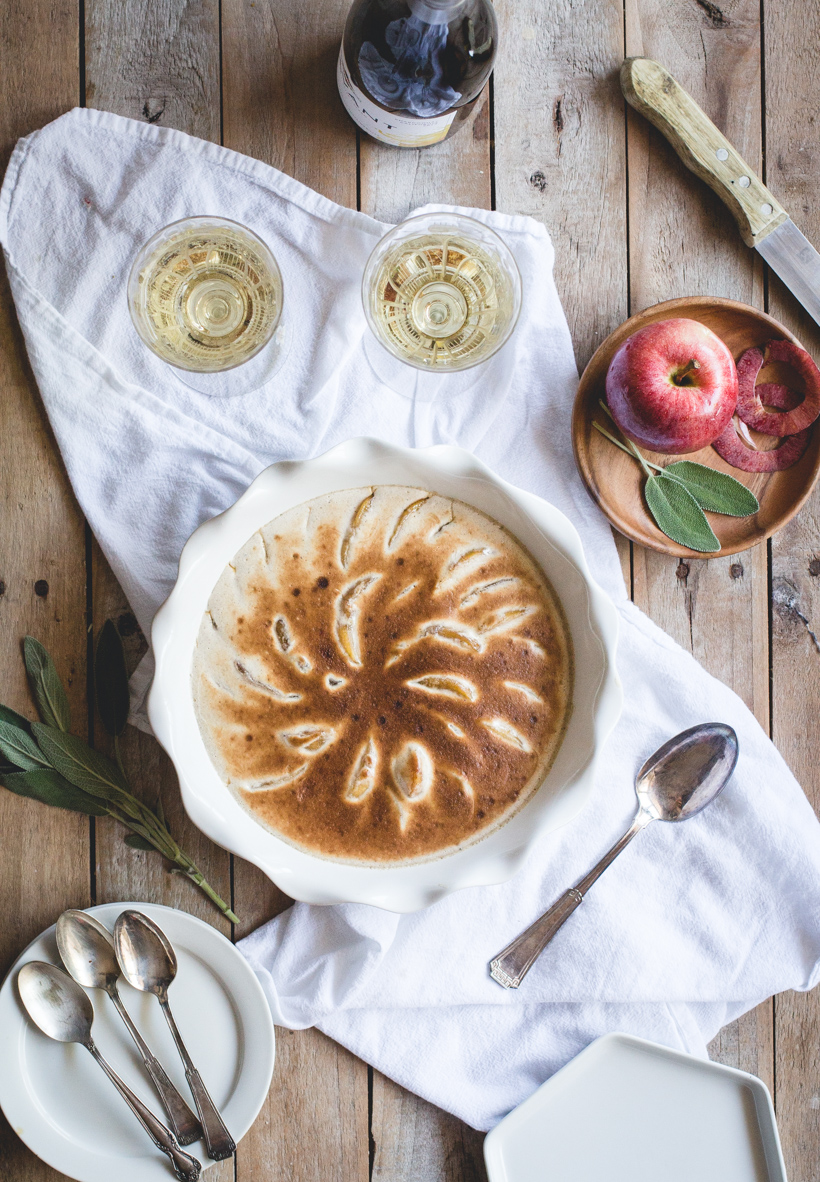 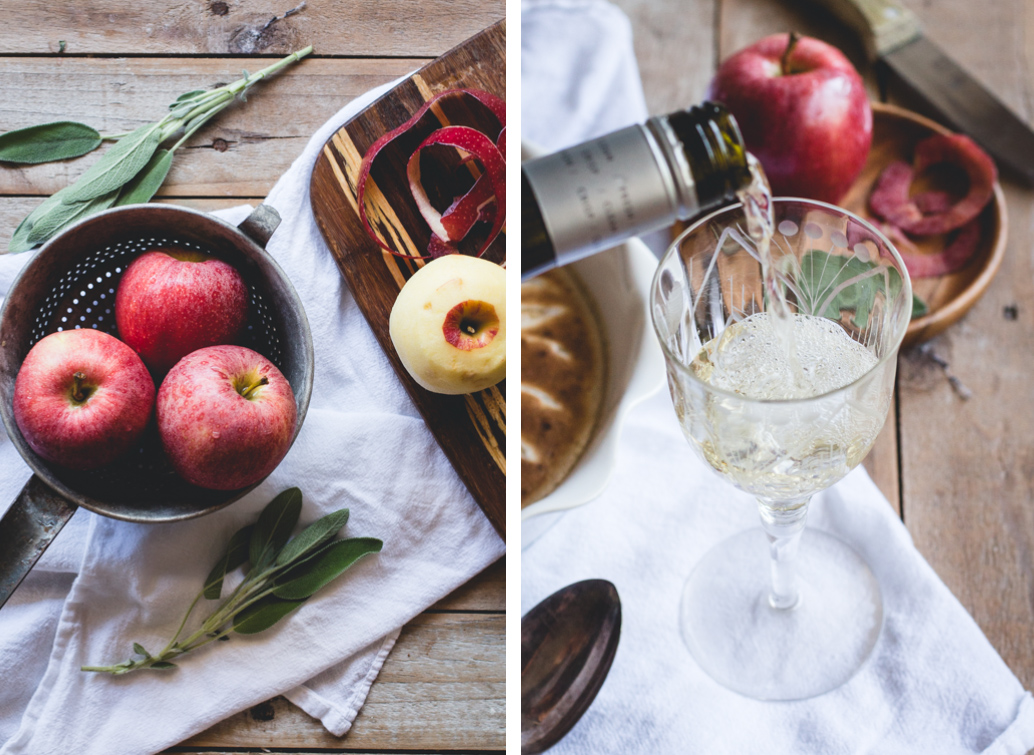 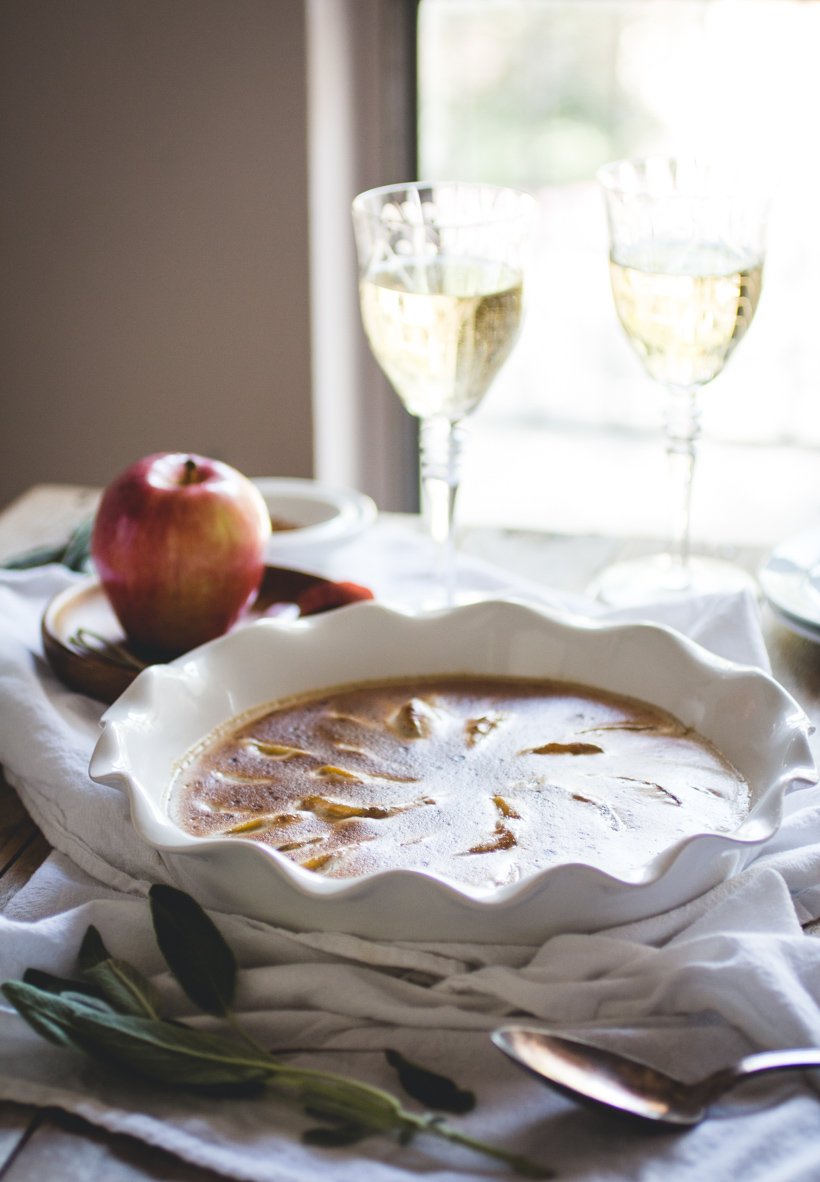 We’re only one day away from fall’s official start, but if you’re anything like me, you’ve been quietly stalking the internet for the best pumpkin, apple, and spice recipes since the first of September, waiting for the earliest moment at which it’s appropriate to turn on the oven and start cranking out cozy, fall-inspired baked goods. Tell me I’m not alone.

Well friends, the moment has officially arrived, so let’s turn that oven to 350°F and kick off our autumn baking with this Bourbon & Spiced Apple Gratin, shall we? 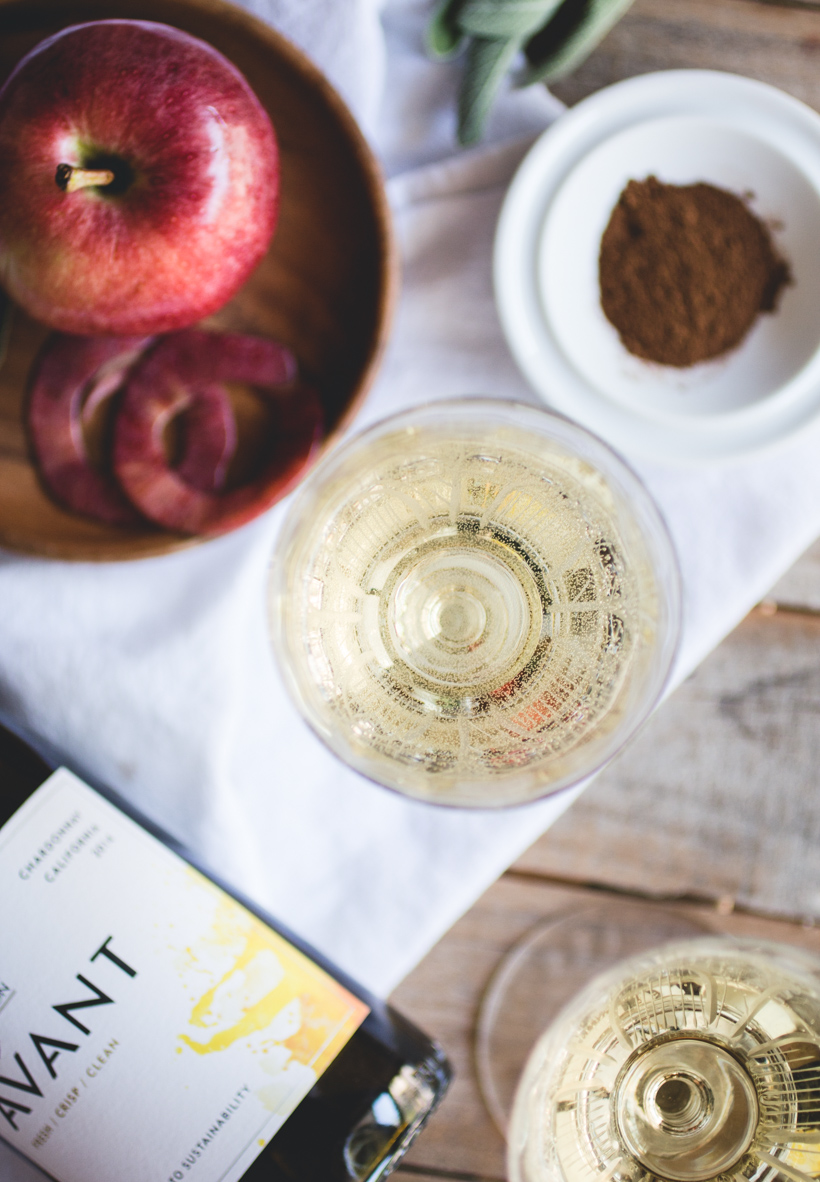 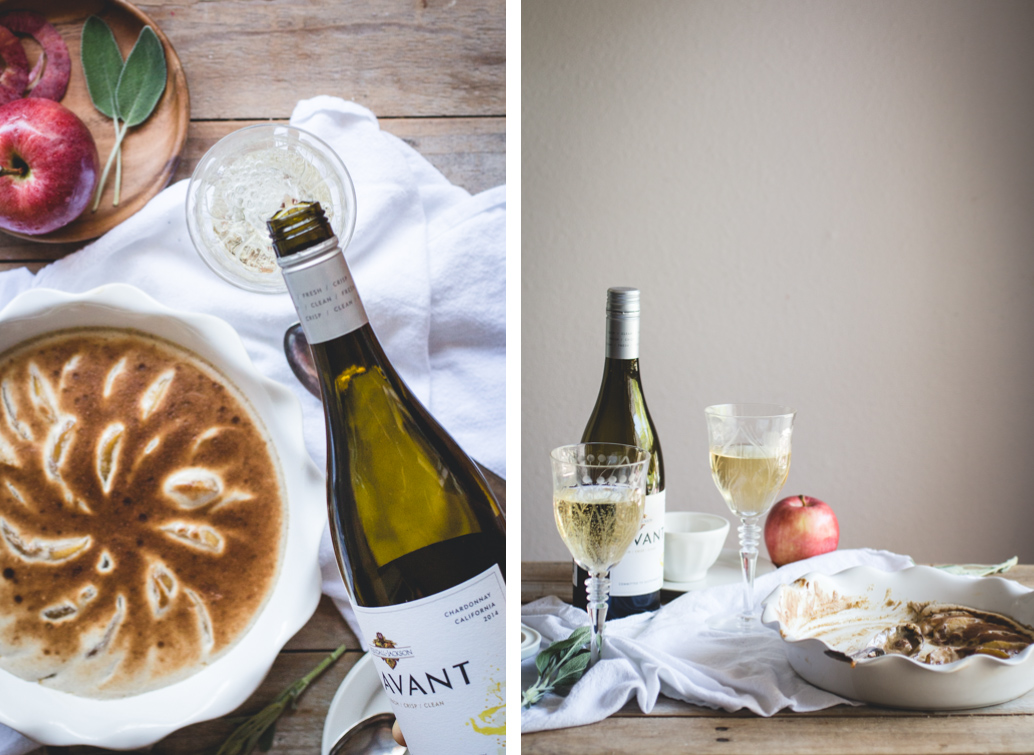 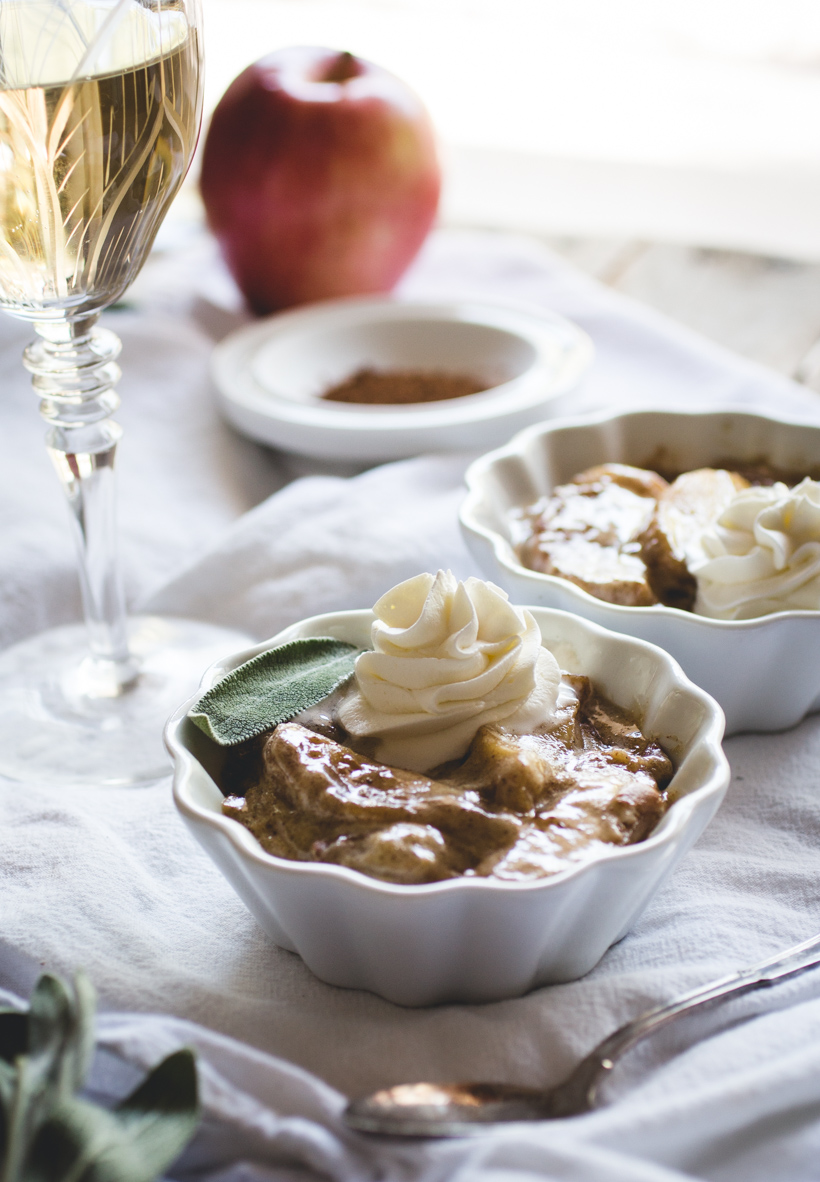 Fruit gratins are an incredibly easy and impressive way to end a special occasion meal. Best served warm from the oven, they require a little extra coordination before serving, but if you don’t mind a few post-dinner minutes spent in the kitchen, the reward is well worth the effort.

For this apple gratin, we first have to prepare a bourbon sabayon. While perceived as difficult to make, sabayons are actually quite simple — a humble mix of egg yolks, sugar, and bourbon (or the more traditional white wine) heated gently and beaten until a soft creamy mousse forms. Sabayon is often served warm from the stove, spooned over fresh fruit or cake, but in this case we’re going the extra mile to bake it with brown sugar caramelized apples and a blend of warm spices. After a quick ten minutes in the oven, the sayabon takes on an almost souffle-like texture, puffing up slightly to form a crisp shell that’s reminiscent of meringue, and covering a warm, silky interior that is irresistibly indulgent and bursting with the flavors of fall. 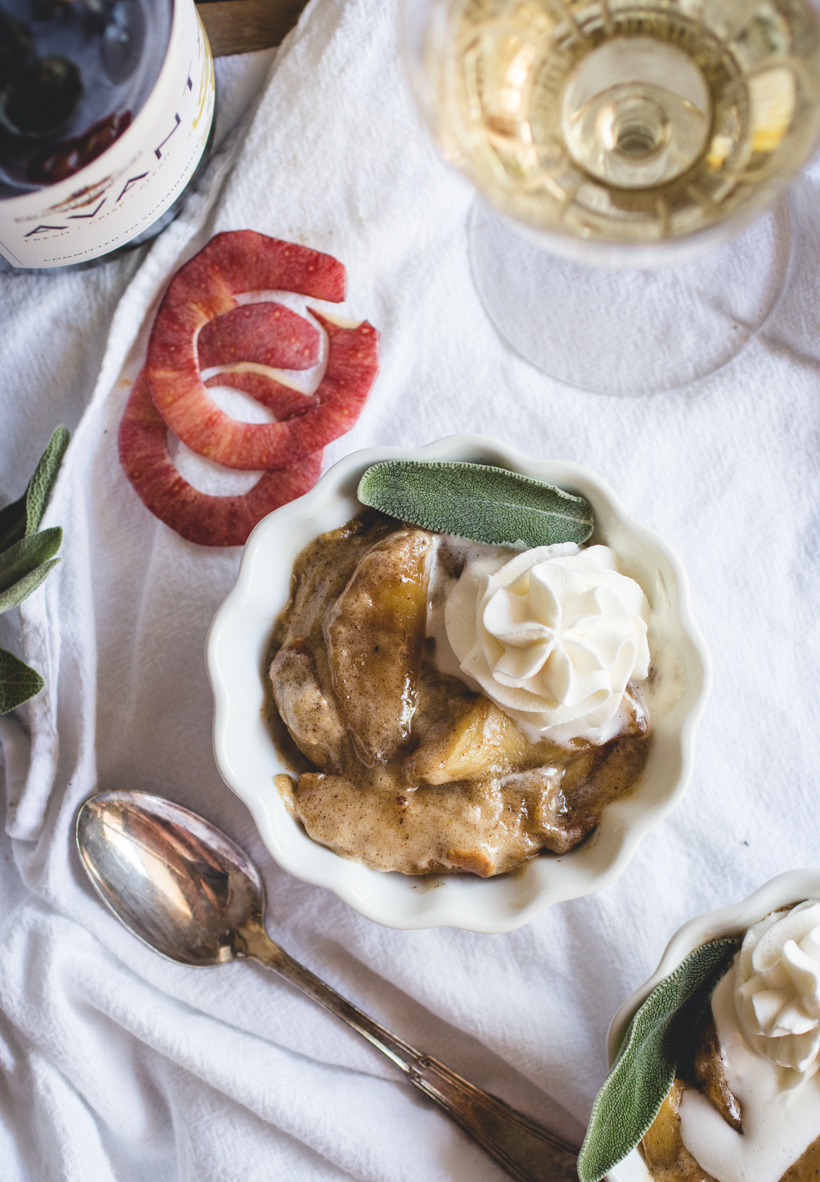 To balance out the sweetness of the sabayon and caramelized apples, I garnished this gratin with an unsweetened, sage-infused whipped cream. It’s savory notes impart a lovely symmetry to the dish, adding a fragrant earthiness and a delicious dimension of fall coziness. After this recipe was photographed and it was time for clean-up, I found myself licking the bowl clean and wishing there were more to be had. Trust me, it’s not to be missed!

Lastly, as is well known, at all great gatherings the wine flows freely, and this dessert would not be complete unless served alongside a glass of K-J AVANT Chardonnay. It’s crisp, slightly tart notes of green apple and lemon help to cut through the creamy sweetness of the gratin, adding the missing element of acidity that is needed to round out it’s hearty autumn flavors. Happy fall & cheers!