My wife’s family has a Thanksgiving tradition where each member of the family picks a different pumpkin or squash uses it as the main ingredient for a dish on the Thanksgiving table. After we eat, the family votes to determine which dish was the best.  To prepare for this competition this year, I decided to experiment with the varieties of heirloom squash and pumpkins that we grow in the Kendall-Jackson estate garden.

We grow many varieties, so in the interest of time, I decided to only work with five:  Kabocha, Rouge (also known as Cinderella), Blue Banana, Spaghetti and Champion.  I roasted & pureed these five varieties and baked them in bread and tart recipes.  The squash varied greatly in shape and color as well as flesh color and density. 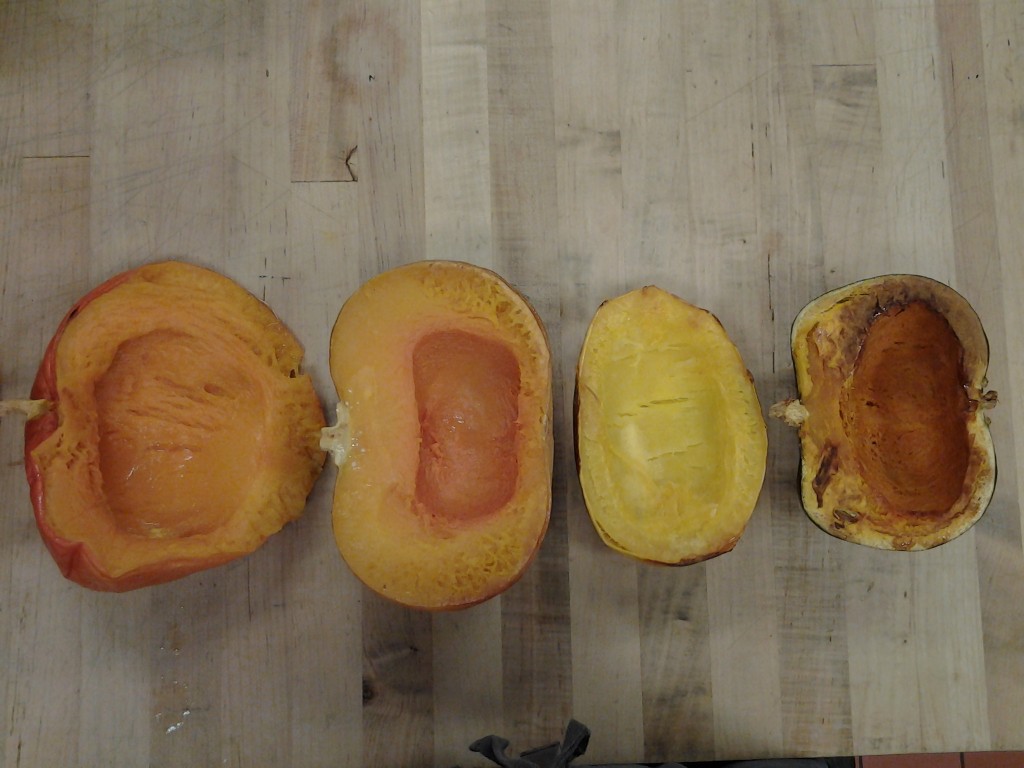 As I roasted the pumpkins it became apparent that each one had a certain amount of water. Rouge had the most moisture and exhibited a traditional pumpkin taste; the Kabocha had the least amount of water and was very dry, crumbly, but with a very nutty flavor, giving it almost a sweet potato taste. Blue Banana, Spaghetti and Champion were all similar to each other in water retention and milder in taste.

I decided to make heirloom squash or pumpkin bread as my first experiment.  I knew I would have to make some adjustments to the recipes because of the different amount of moisture in each squash.  In this picture, I’ve arranged them from lighter to darker, starting with Blue Banana, Spaghetti, Rouge, Champion and Kabocha. 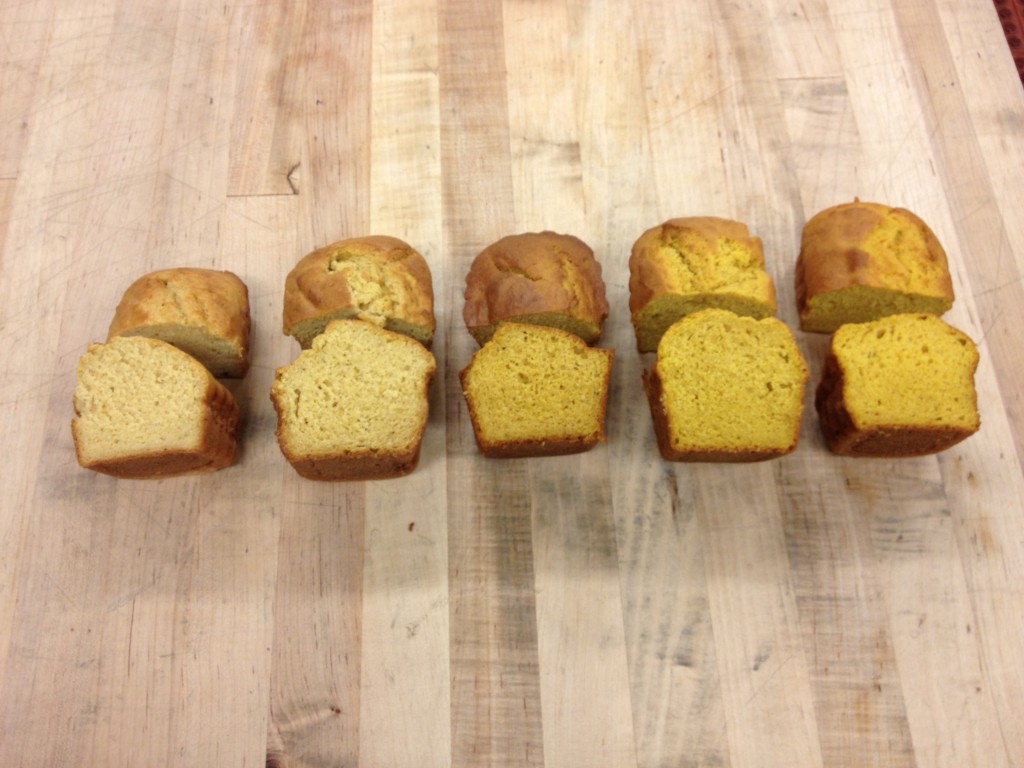 As you look at them, notice the density of each loaf and how the air-pockets look smaller or bigger on the different loaves.   This is because of the hydration of each squash/pumpkin.  Due to the nature of the different squash/pumpkins, I had to formulate each recipe and add enough liquid to make them rise.

As a result, the lighter ones were a little dry but still had flavor; the darker ones had very nice flavor and moisture as well.   Overall, I prefer the Kabocha for its great flavor and aroma — I will definitely be using this variety in the Thanksgiving competition this year!

On my second trial, I decided to make heirloom squash/pumpkin tarts, and also had to make some adjustments to these recipes.  What I really liked about this process is that all of the product had its own unique taste, which came through in the filling of the tart.   Spaghetti, Banana Blue, and Champion had a creamier texture and mild flavor.  Rouge and Kabocha had a heavier texture with a bolder, spicier flavor.  Here is a picture of my final result: 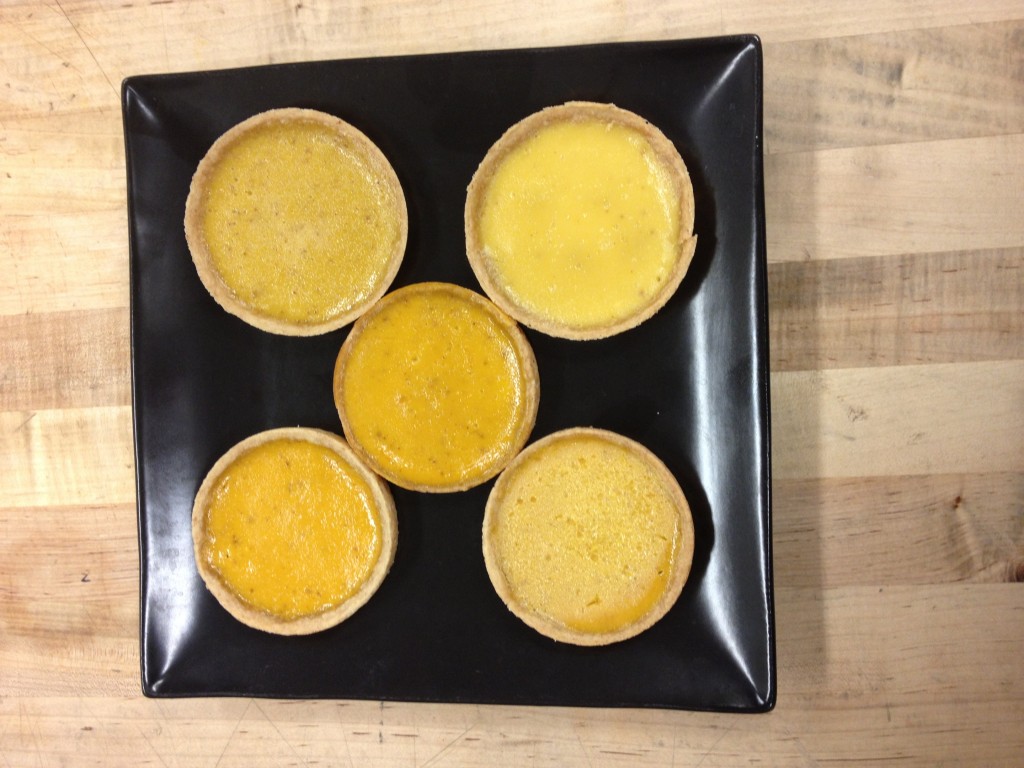 The wonderful thing about squash is the vast amount of varieties available and the versatility to which they can be used in recipes.  The next time you are at the Kendall-Jackson Wine Center be sure to pick up an heirloom pumpkin or two and do some experimenting and find out what your favorite variety is.