Last week, we were excited to tell you about Kendall-Jackson’s new Jackson Estate collection, which we introduced in extremely small quantities last year with three vineyard-designated wines, and then expanded this year with three appellation wines.

Starting today, we’ll take a closer look at those three appellation wines. We begin with the Anderson Valley Pinot Noir.

Anderson Valley is a small, isolated coastal valley in Mendocino County. At a little over 57,000 acres, it’s about half the size of the Russian River Valley. It was declared an American Viticultural Area (A.V.A.) by the Federal government way back in 1983, a year that saw an explosion of A.V.A.s. 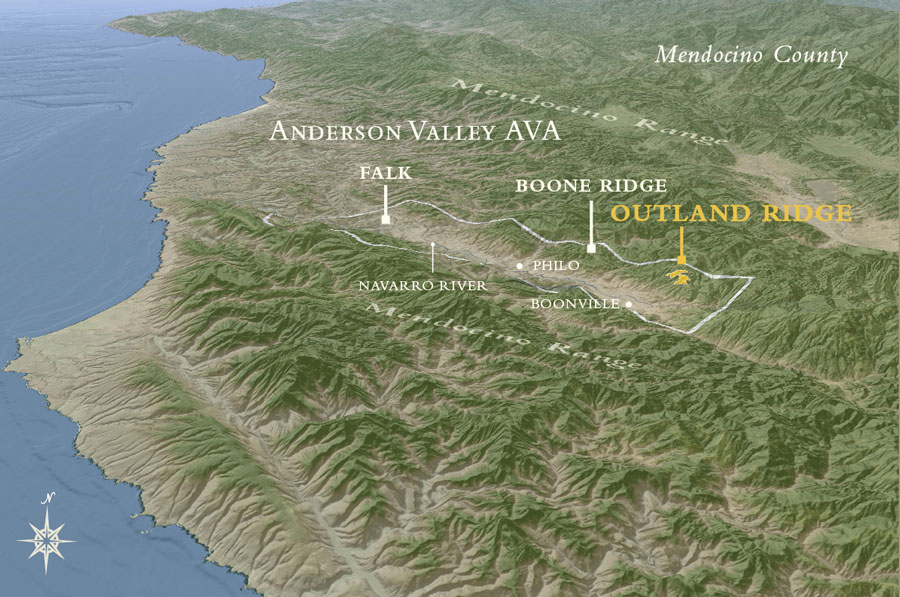 The valley, like most others in Northern California, originally was Pomo Indian land. It is named after one of its first white settlers, Walter Anderson, who arrived there in 1851—supposedly tracking deer. 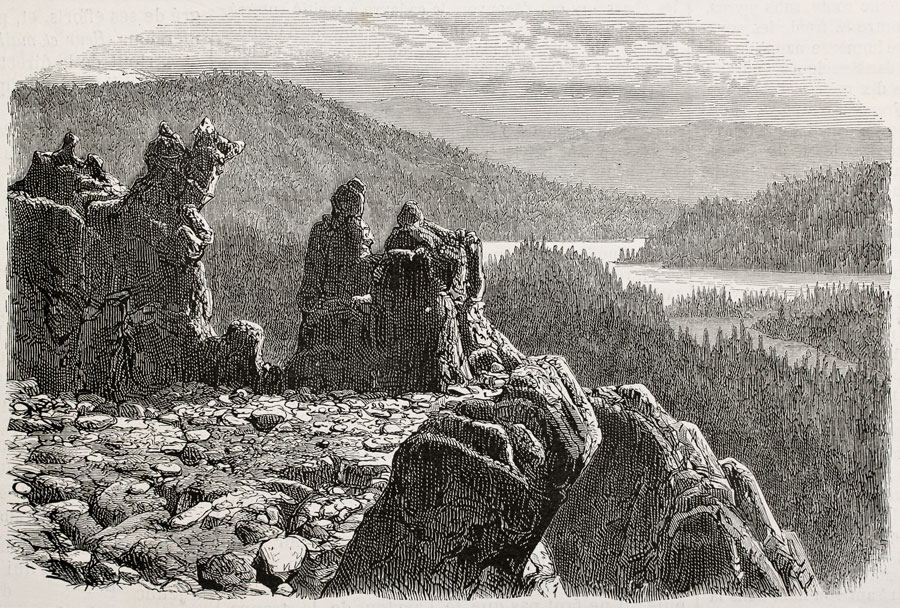 By the late 1800s, Anderson Valley had about 1,000 residents, but so isolated were they that they developed their own language, Boontling, which a few longtime residents still speak. (Examples: “bahl” means “good,” while a “belhoon” is a dollar bill.)

Grapegrowing arrived early in the mountains surrounding the valley, as Italian-American immigrants felled redwoods and established farmsteads that included the red grape varieties they loved. Some of these centennial vineyards, which were based on Zinfandel, still exist, and Jackson Family Wines is lucky enough to access them for our Edmeades wines.

The first modern grape plantings in the valley date to 1972, when Dr. Duncan Edmeades, a southern California cardiologist, planted grapes along Highway 128. In 1988, our founder, Jess Jackson, purchased the Edmeades Winery. Today, the valley’s modern enological stars are Pinot Noir and Chardonnay, although its Zinfandels still command critical respect. The grapes for our Jackson Estate Anderson Valley Pinot Noir come from high-altitude vineyards in the valley’s cool western end.

The thing to note about Anderson Valley is the maritime influence that enters the valley from the west, around the town of Mendocino, following the Navarro River and making its way inland. Because of the northern latitude — 39 degrees, about the same as Burgundy, France — Anderson Valley Pinot Noirs often have an earthiness some find reminiscent of Burgundy red wines. In recent years, Anderson Valley also has achieved a reputation for Alsatian varieties and for sparkling wine. 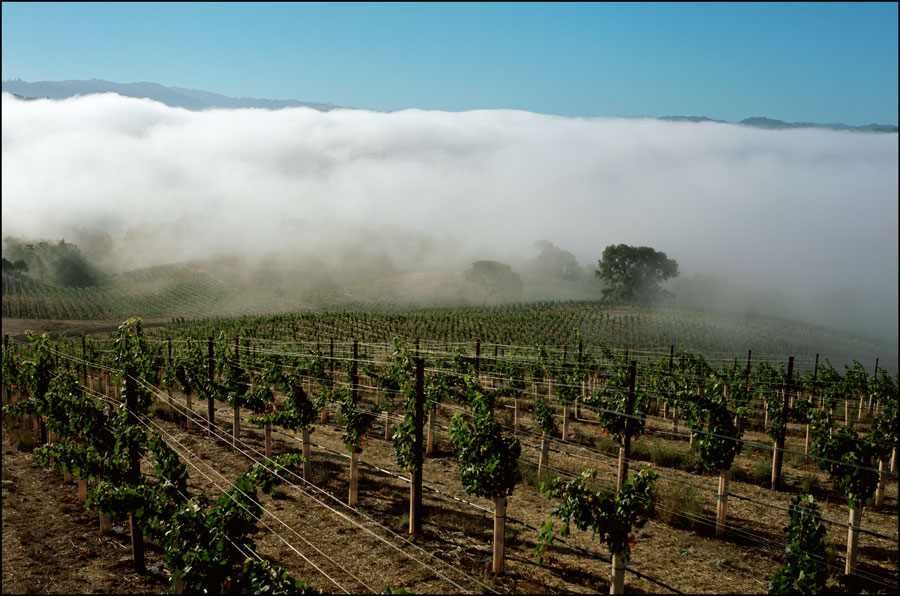 For the tourist, Anderson Valley (if you haven’t guessed it already) can be a tough place to visit. It’s very beautiful and rugged, with the redwood-clad Mendocino Highlands rising thousands of feet above the valley floor. But there’s little in the way of hotels or restaurants. What the valley does offer the visitor is a welcome relief from crowded tasting rooms and highways.