Due to California’s lack of rainfall in recent years, the State Water Board called on the local community for emergency conservation action this past spring. Many agencies, environmental groups, landowners and grape growers have taken part in developing voluntary programs to help save water and protect the Coho salmon that reside in our local Russian River watershed. Jackson Family Wines is extremely proud to be partnering with the California Department of Fish and Wildlife as well as the National Marine Fisheries Service on this initiative.

Jackson Family Wines is part of 41 Voluntary Drought Initiative agreements that have been signed with vineyards and other landowners within the Russian River watershed. 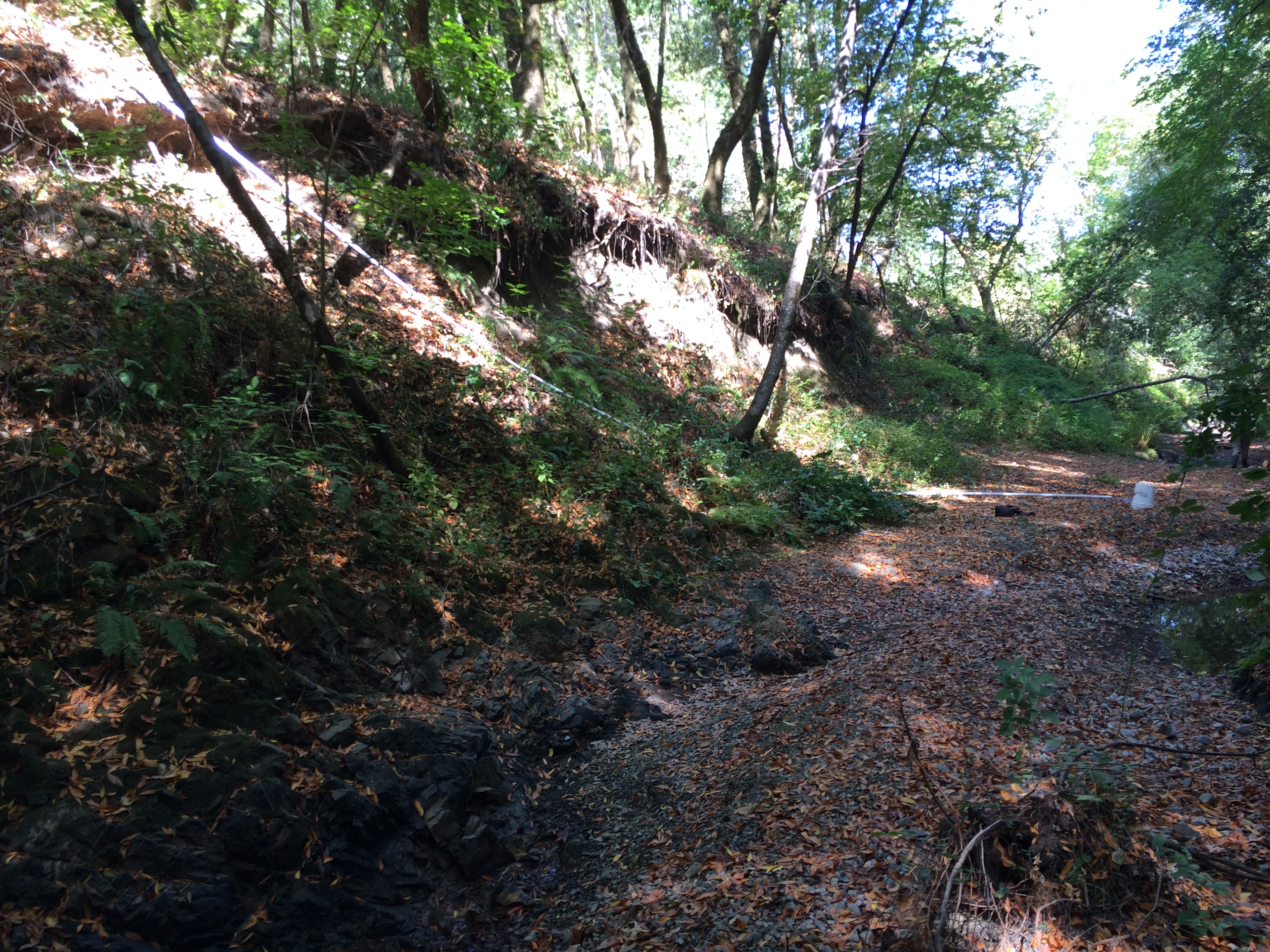 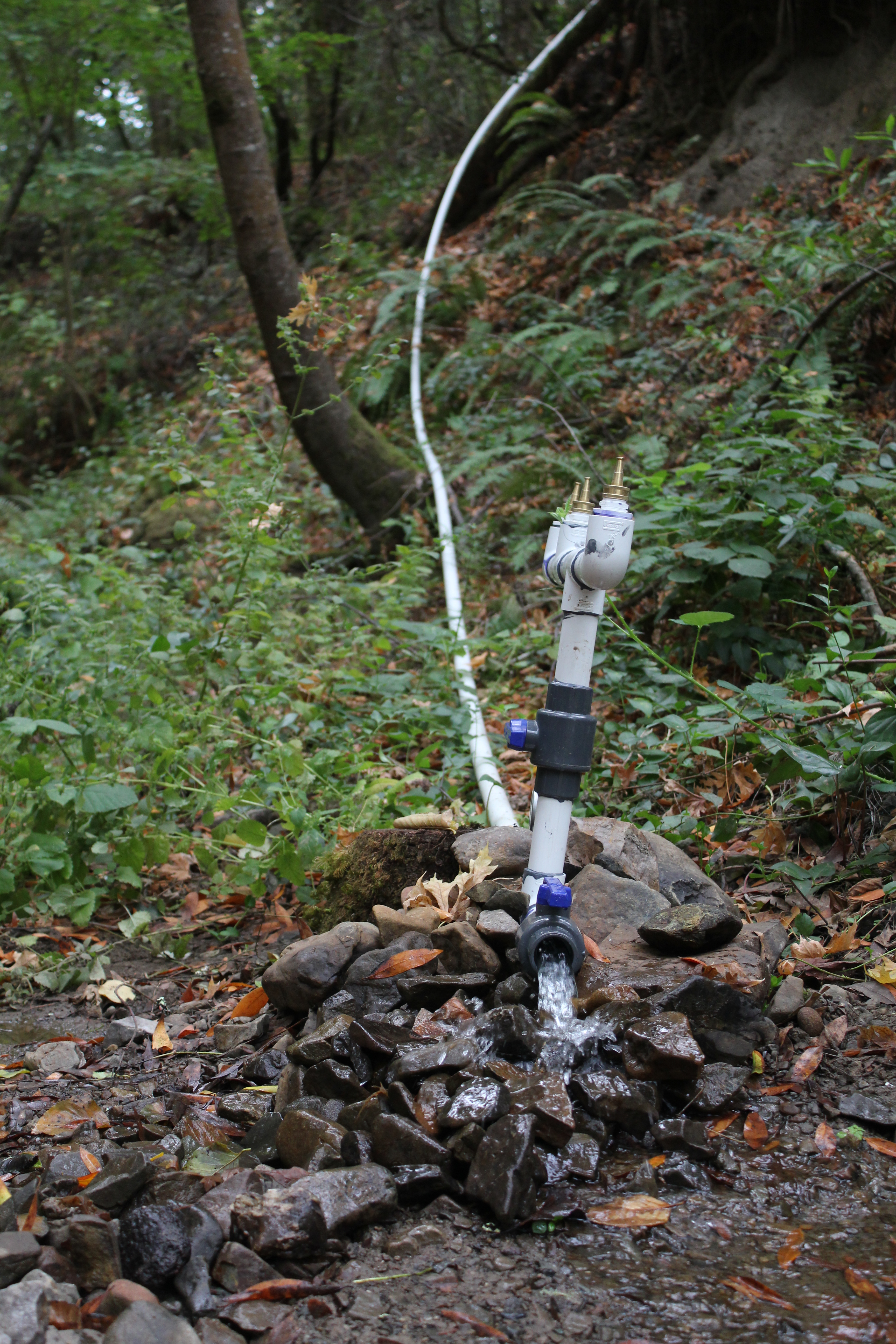 The outlet of the pipe releasing water from the reservoir into Green Valley Creek at Bones Road. 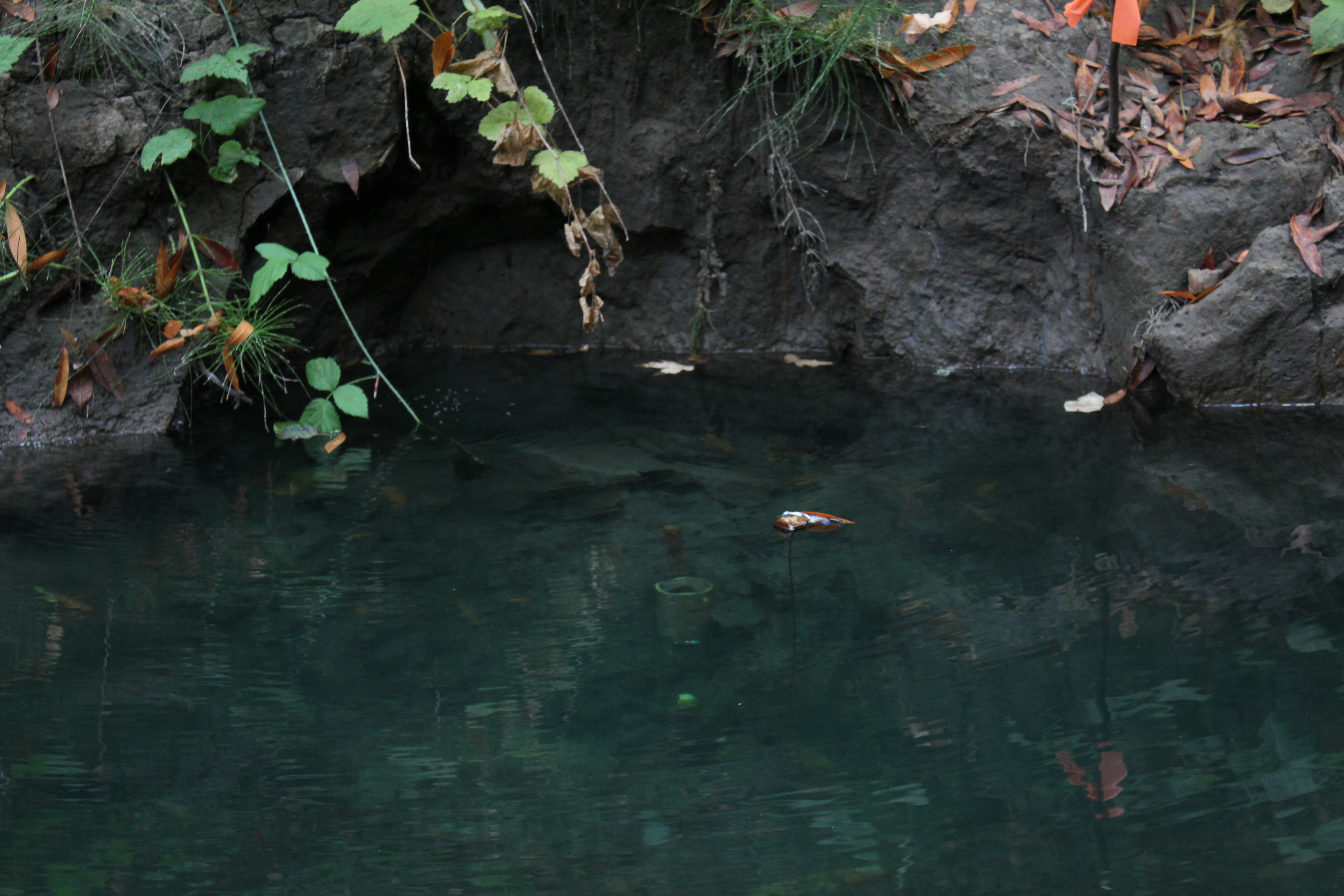 The submerged marker in the center of this image denotes the water level in this pool on Green Valley Creek prior to Jackson Family Wines’ water releases.

As part of the agreement, Jackson Family Wines will release 7.2 acre-feet of water from one of our vineyard reservoirs into the Green Valley Creek over the course of several months, ending in December 2015, hoping to increase survival rates of the juvenile Coho salmon.

Along with this, JFW is also donating $40,000 in seed money to help Trout Unlimited‘s Flows for Fish Program, which places storage tanks along the Russian River watershed in an effort to reduce reliance on rural residents pumping water from streams.

Being a part of these efforts, as Karen Ross, Secretary of the California Department of Food and Agriculture has said, “…demonstrates what I think is the most important fundamental fact about the drought — we’re all in this together. The commitment of grape growers to keep water in the streams when fish most need it demonstrates that agriculture understands this fact and is part of the solution.”

Jackson Family Wines has always had sustainability in mind. Since 2008 we have reduced 49% of water usage throughout the company, and still remain at half of the industry average.

“My family operates with a 500-year vision to do all we can to help enhance and restore habitat for endangered species,” said Katie Jackson, Vice President of External Affairs and Sustainability.

Katie Jackson discussing our 500 year vision of being stewards of the land & our voluntary drought initiative. pic.twitter.com/jloS6UdcLH

And that is exactly what we are going to do.

With the release of the water, JFW is hoping to help the Coho salmon by increasing rates of survival as they head into their fourth year of one of the worst droughts California has ever seen.

To learn more about the organizations mentioned, or to find out how you can help conserve water and save wildlife visit any of the links listed below: