Hello Kendall-Jackson friends it's, Jo-Anna from A Pretty Life Blog sharing this delicious Raspberry Cream Cheese Swirl Brownies recipe with you! Yes, it is as delicious as it sounds. This is the ultimate chocolate dessert... when a chocolate craving hits, this brownie recipe will cure it. It's SO rich and chocolatey. 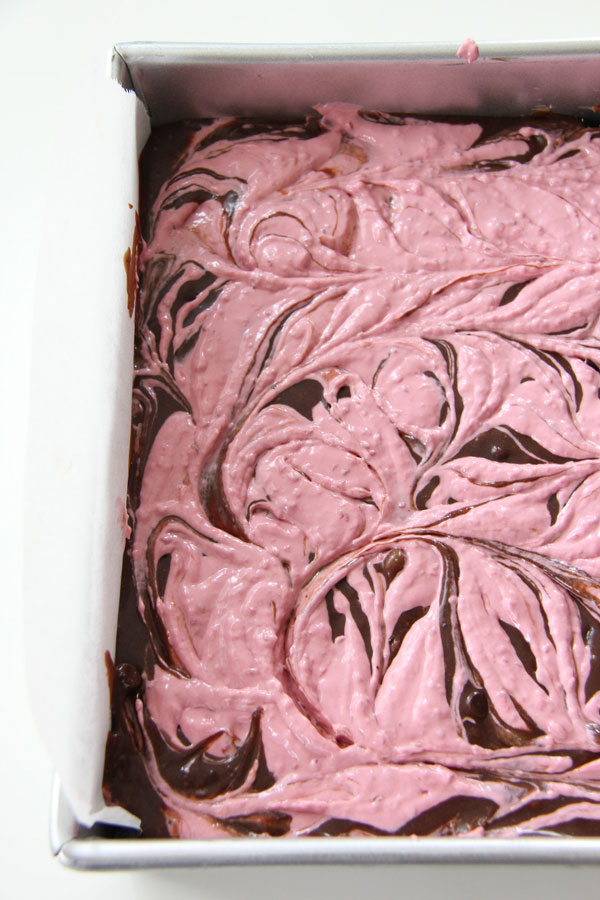 And to kick it up a notch I've added a creamy raspberry cream cheese swirl. Yes. Yes, I did. Because raspberries and chocolate were made to be together. 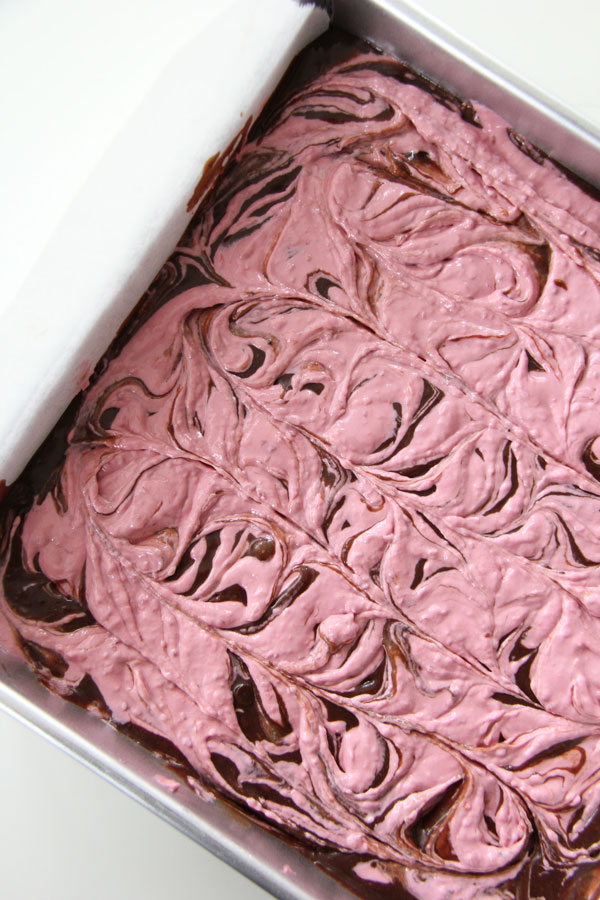 Cream cheese swirl brownies are really easy to make, so don't be intimidated to try to make them on your own. It's as easy as swirling together two simple mixtures — you really can't go wrong. And the end result is so worth it. 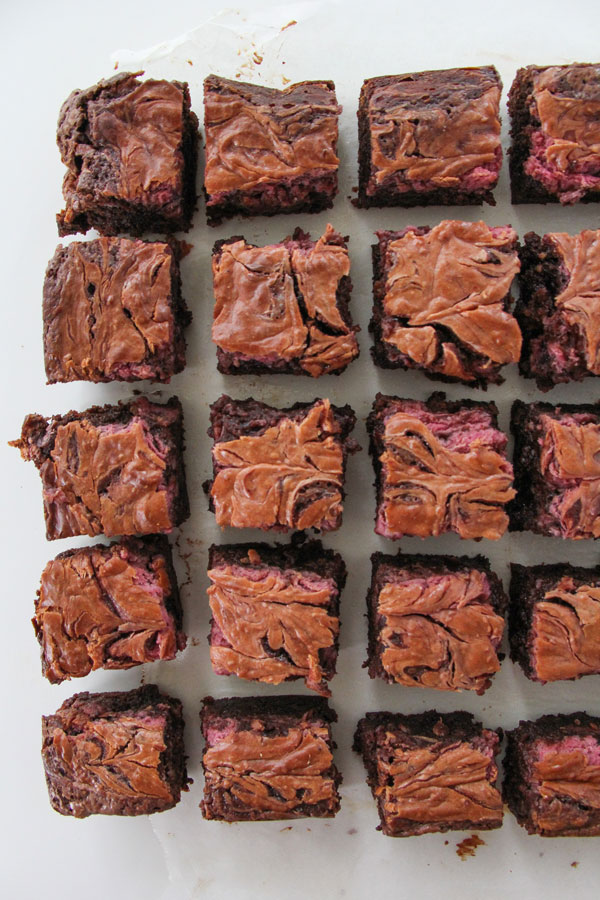 For these brownies, I like to use homemade raspberry jam because it packs the most flavour. Making your own jam is really simple, especially when it's just a small batch. To make your jam, it will only take you about 15 minutes, I promise! I'm sharing an easy, two-ingredient Raspberry Jam recipe over on my blog that you can use in this brownie recipe. But if you prefer, you can also use a pre-made raspberry jam. 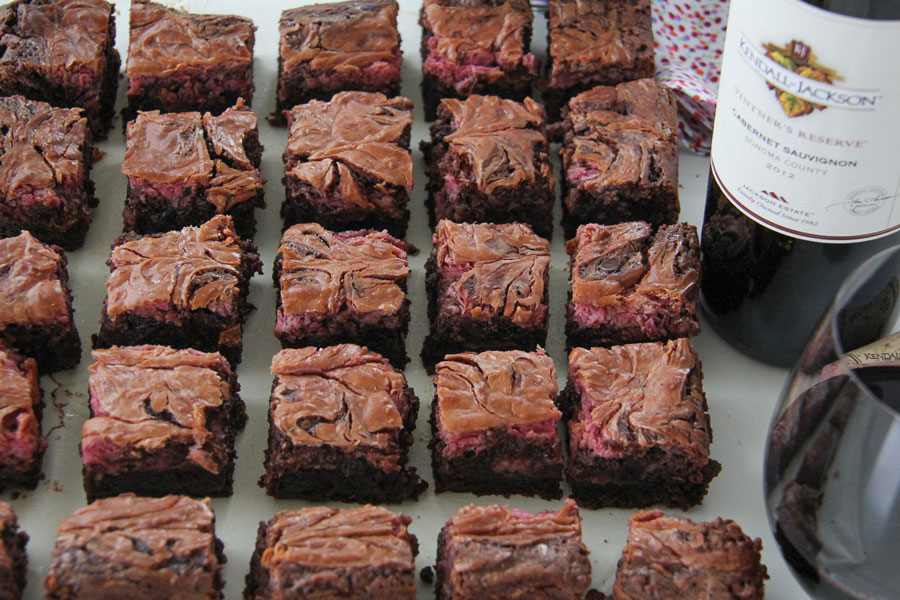 Once the brownies are done baking, you have to use your strongest willpower to let them sit for at least an hour before you dig in. Two hours in the fridge is even better. Honestly, this is the hardest step in making these brownies! 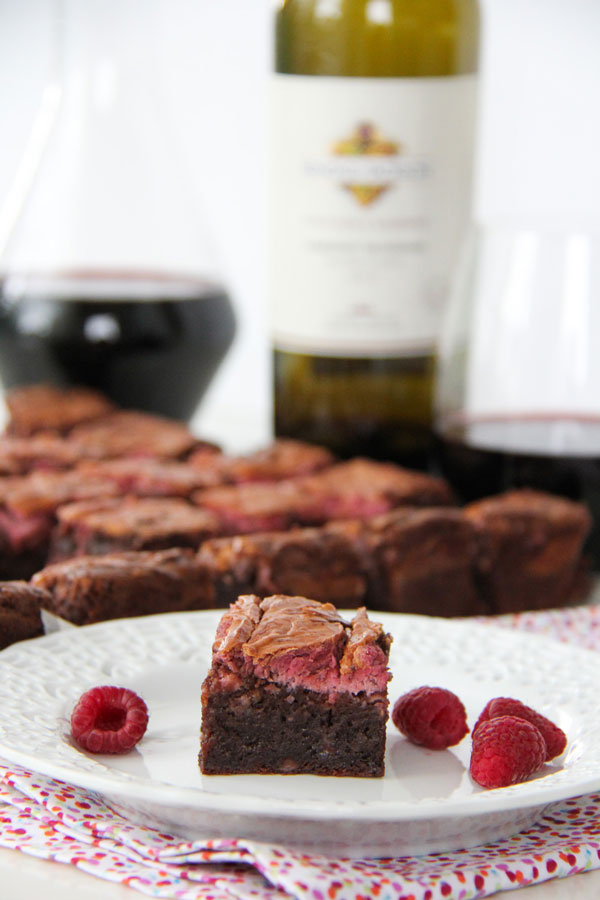 Once they've cooled, pour yourself a glass of Kendall-Jackson Vintner’s Reserve Cabernet Sauvignon and dig in. So good. 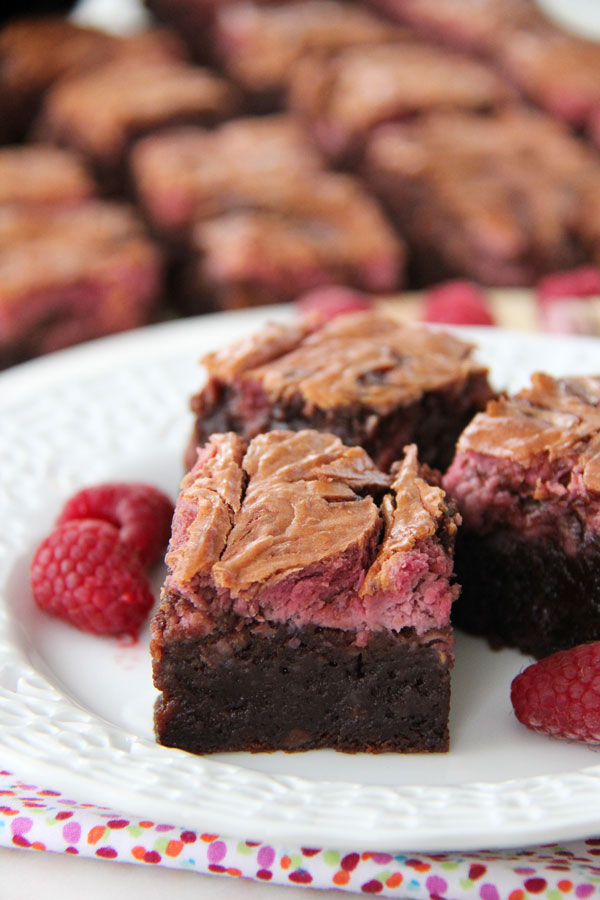 Putting it all together:

Have a delicious day!