Hi it’s Jo-Anna from A Pretty Life Blog, and I’m here to share a delicious summer dessert with you, a Rustic Honey Peach Galette!  Once summer arrives, I declare that it is indeed pie season, so let’s eat all. the. pie.  Peach pie, strawberry pie, apricot pie, apple pie, blueberry pie…are you hungry yet? 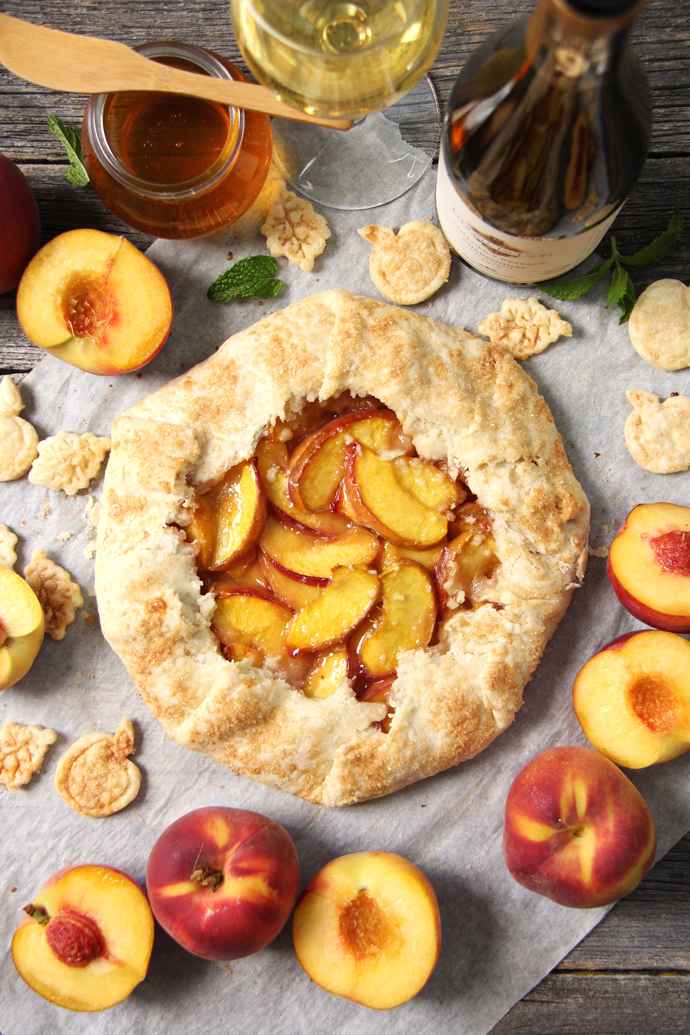 Since it’s summer and peaches are found in abundance, I thought it was timely to make a peach pie, actually a peach galette.  Galettes are one of my favourite ways to make a pie…I love how rustic they look, all that flaky beautiful crust wrapped around a delicious filling.  Not to mention that galettes are so much easier and less fussy to assemble than a traditional top and bottom pie crust.  And sometimes if I want to make things even easier I will use a pre-made bought puff pastry crust, but for this Honey Peach Galette I made a homemade traditional pie crust to hold it all together and it is divine.

The crust is tender and flaky, the filling bursting with fresh summer peach flavour and a hint of honey.  I even added a glaze with a touch of Chardonnay, which finishes this galette off perfectly. 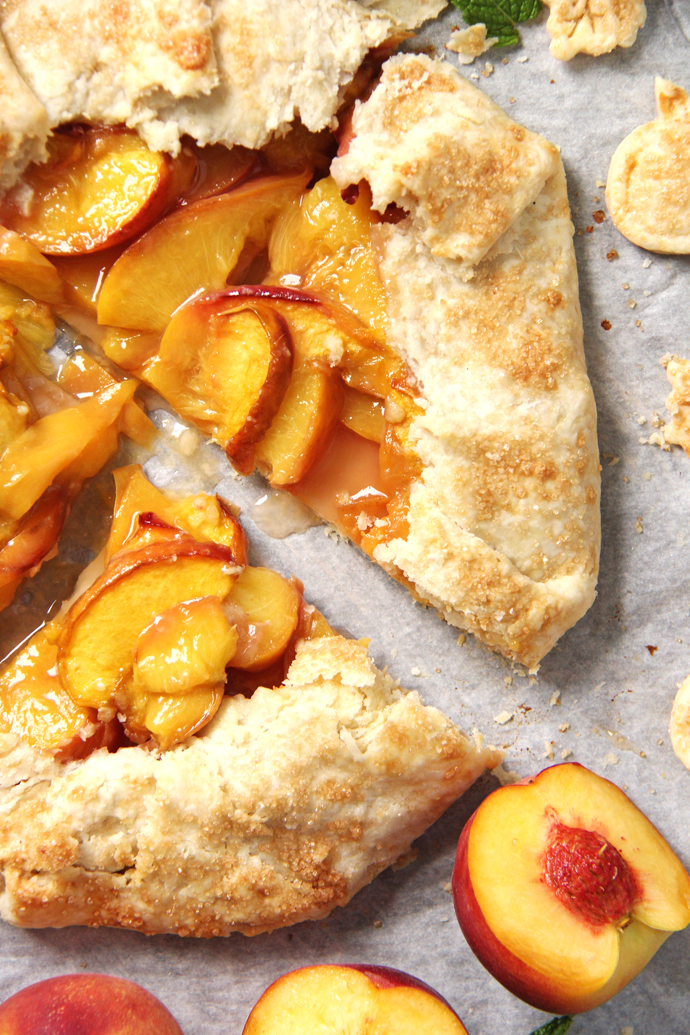 This is summer eating right here.

Here are Some Recipe Tips for You: 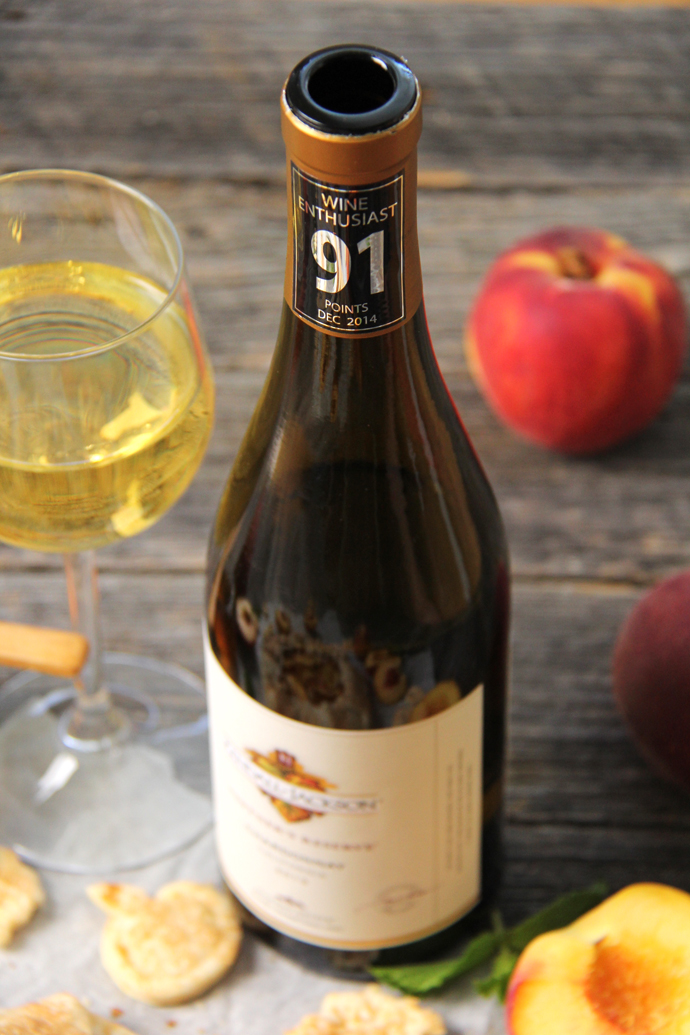 Enjoy this delicious summer Honey Peach Galette with a scoop of vanilla ice cream and a chilled glass of Kendall-Jackson Vintner’s Reserve Chardonnay.  The fresh peach flavour pairs so perfectly with this Chardonnay! 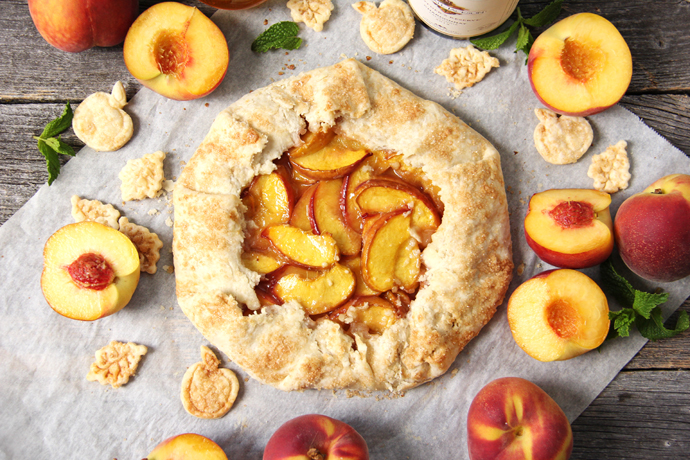 I hope you enjoy this recipe as much as we did!

Have a delicious day!
Jo-Anna