When Was Earth Day Born?

Editor’s Note: We are all saddened by the passing of Jess Jackson yesterday. But he would be the first to say that we must continue on. Today is Earth Day, a day dedicated to the environment, which Mr. Jackson was to passionate about. We thought it right to honor him by shedding more light on something he was so passionate about.

The first Earth Day was held on April 22, 1970 during a time of change as Americans tried to come to grips with who we wanted to be as a nation. In the months leading up to the inaugural Earth Day gathering, the war was raging in Vietnam and students were mobilizing to have their voice heard. The Boeing 747 jumbo jet made its debut flight and Apollo 13 lands safely on April 17th. The Beatles announced their break up and heavy metal was spawned when Black Sabbath released its first album. A coup in Libya put Muammar al-Gaddafi in the seat of power and the “soap” All My Children first graced the airwaves — now it looks like they both could be cancelled.

On the environmental front, the Cuyahoga River off Lake Erie caught fire as oil, chemicals, and other materials in the water ignited. An oil spill off of California created an 800 mile slick and decimated 35 miles of coastline around Santa Barbara. DDT was finally banned in the U.S. as endangered species populations like the Bald Eagle almost disappeared.

As public attention became focused on the protecting the environment Earth Day founder Gaylord Nelson, U.S. Senator from Wisconsin, realized there was a window of opportunity. He believed that if he could capture the student anti-war movement energy and apply it to the environmental issues he could drive the public consciousness into action. Turns out, he was right.

Nelson led the grassroots charge for a national “teach-in” event. On April 22nd, 1970 across the country more than 2,000 universities, over 10,000 high schools and grade schools, and 20 million citizens (nearly 10% of the U.S. population) participated. The amazing thing was that the first Earth Day bought together Republicans and Democrats, rich and poor, city slickers and country folk. Less than three months later President Nixon announced the plan to create the National Oceanic and Atmospheric Administration and the Environmental Protection Agency, plowing the way for the passage of the Clean Air, Clean Water, and Endangered Species Acts. 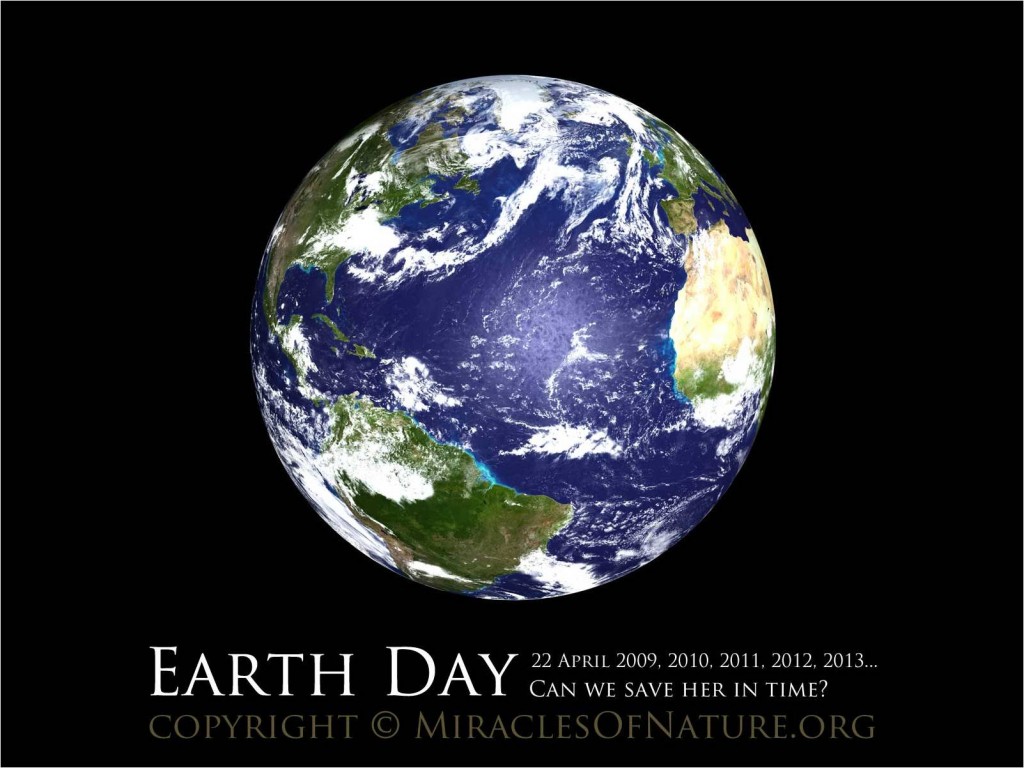 In 1990 Earth Day went global and 200 million people in 141 countries gathered to raise environmental issues to the front of the line. In 2010 it’s estimated that over 1 billion people participated in Earth Day events including environmental restoration, education and personal pledges.

Today, many cities and organizations have Earth Day events before or after April 22nd. You may have already participated in one. If you haven’t found an event yet, a quick Google search will turn up something you can do this weekend to learn about the issues or lend a hand. You can also make your personal pledge or find a local event at the Earth Day Network.

Please share with our on-line community what you’re doing this Earth Day. I’ll be in London visiting my wife’s family and will let you know what happens over there!