Changing Styles From Year To Year, A Winemaker’s Perspective

On Facebook Larry asks: For a wine that is made in a consistent style and taste from year to year, and one year is particularly cool, what are the most important things that are done to get close to the “house style”? Obtaining grapes from another area? Changing yeast types? Blending other varieties? Aging more or less in oak or other storage containers? Fermenting higher or lower temps, longer or shorter times?

A.  You obviously have some wine production knowledge, or have been talking to other winemakers.  All of the things you mention are certainly on the table, some not really in the case of Kendall-Jackson winery, but certainly for others.

One of the most significant benefits of a wine like Kendall-Jackson Chardonnay is the diversity of location.  We can count on the benefit of different climatic regions along the California Coast where our vineyards are found.

We have for several years now proclaimed that our wine is Jackson Estates Grown.  This means that the vast majority of the fruit that goes into our wines are from our own vineyard lands that we farm ourselves.  The remaining portion is from trusted growers that we have under long-term contract and under specific terms to manage the vineyards as we would do ourselves.

This also means that in a “cool” year, we don’t have the flexibility to alter our fruit source to seek warmer climate fruit, for example.  But this year was a pretty good one for Chardonnay.  Most of the Chardonnay that we farm in Northern California was ready prior to the October rains.  And on the Central Coast, the vineyards were not affected by rain until much later.  The crop load was light this year and ripening was not a problem.  It will be a light year overall for Chardonnay, but a good one. 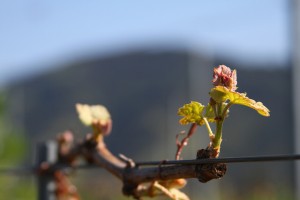 I am responsible for the wines in our portfolio that arise from the grape varieties traditionally grown in Bordeaux.  We’re talking about Cabernet Sauvignon, Merlot, Cabernet Franc, Malbec, Petit Verdot and a tiny bit of Carmenere.  Here, our sourcing is more geographically limited than even the Chardonnay.  We only source from Napa, Sonoma and Mendocino counties for these wines.  Personally, I don’t feel that these wines are meant to be completely consistent from year to year.  Rather, I feel it is most important that they truly reflect the vineyards where we grow the grapes and that they are representative of the vintage.

That’s not to say that I don’t adapt my winemaking practices to the season.  You hit on one fundamental thing that I tried to do in this year: change yeast types.  Often, the yeast strains that I use are adapted to complete fermentation at very high alcohol.  In California, we often get fruit with pretty high sugar levels.  Having a yeast strain that can reliably finish fermentation above 15% alcohol is really important.

The 2011 vintage, on the contrary, was not a year for high Brix.  We had late rains lasting until the end of June, a mild summer, and no significant heat waves to cause dehydration in the fruit.  As a result, nearly all of the wines I work on are of relatively moderate alcohol levels.  On the other hand, due to the cooler season, we had some grapes with more grassy or herbal character.  There are several yeast strains that can be used in such cases.

As far as blending other varieties, I don’t think that will be in the cards for the Cabernet or Merlot wines. In some adverse seasons wineries will look to blend Petite Sirah or Syrah into their Pinots to help them have darker color.  In a really cool year color can be pretty deficient.  This is not something we practice at Kendall-Jackson.

Our Pinot is also from diverse climatic regions, from Anderson Valley in northern Mendocino down to the Santa Maria Valley in Santa Barbara County.  Similar to Chardonnay, the Pinot crop was smaller in 2011 but of excellent quality.

I might consider reducing the percentage of new oak in my blends this year.  The thinking is that since many of wines from 2011 are slightly lighter stylistically, they would not be able to integrate as much new oak.  In fact, I will be careful to apply oak judiciously.  One thing that oak is really good at, though, is masking green flavors.  If any of the wines we made prove to have green notes, oak is a great way to correct that. 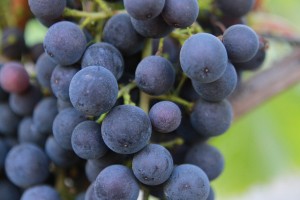 Finally, in a year like this one, I like to encourage greater lees contact, especially in the case of Merlot.  Rather than the standard Bordeaux technique of regular rackings from barrel to help clarify the wine, I will allow the wine to age on its lees – kind of like we do for Pinot – and do regular stirring to try to build mouthfeel.  It worked pretty well for me on some of the wines from 2010 (also a cool vintage).

Thanks for the great questions Larry.  Cheers!