We continue our “tour” of three coastal appellations that mark our exciting new Jackson Estate collection from the Kendall-Jackson portfolio. Last week, we wrote about Mendocino’s Anderson Valley and its Pinot Noirs. Today, we head south about 500 miles down the 101 Freeway, past San Francisco and Monterey and the Central Coast, to a place that’s even chillier than Anderson Valley: the Santa Maria Valley of Santa Barbara County.

The reasons the climate is cooler there despite being closer to the equator are because (a) the temperature of the Pacific Ocean offshore remains only in the 60s due to the upwelling of deep ocean currents sweeping down from the Gulf of Alaska, and (b) the landmass of Santa Barbara County has been twisted into an east-west orientation by earthquakes, so that cool, moist Pacific air is funneled in through the local mountains, driven by the prevailing westerly-northwesterly winds. They hit the Santa Barbara coast at the Guadalupe Dunes, a series of spectacular sand dunes that is a National Natural Landmark and is well worth a visit, if you’re in the area. With the Santa Maria Valley floor as flat as a billiard table, those moist, chilly breezes reach the vineyards, just about 18 miles inland, without warming up. 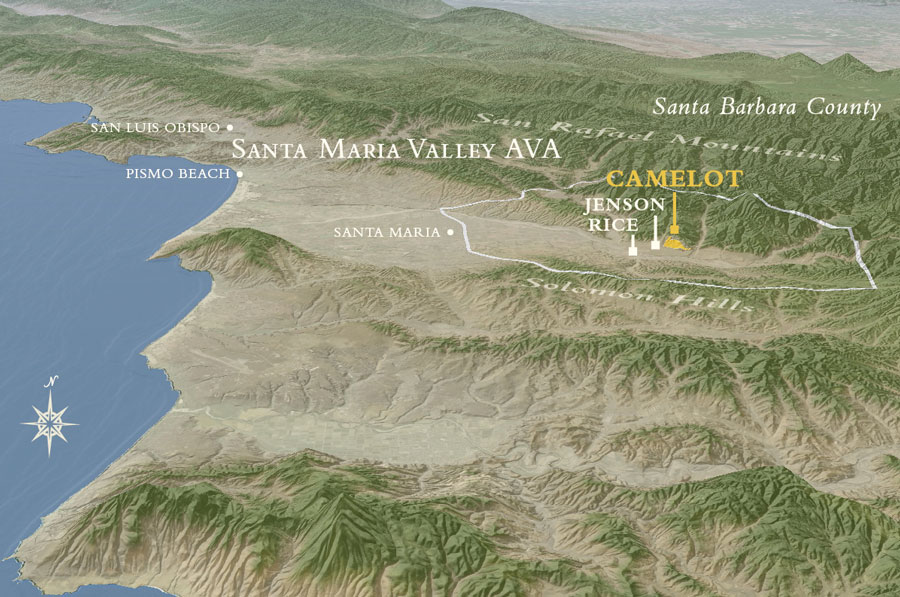 As a result, the Santa Maria Valley is a cool-climate growing area, specializing in Pinot Noir, Chardonnay, Pinot Gris and Syrah. In particular, our vineyards within the valley (which was formally declared an American Viticultural Area way back in 1981) are located on the so-called “Santa Maria Bench,” an unofficial term for a very real and distinct place: a benchland or shelf, hundreds of feet high above the Sisquoc River, consisting of millions of years of silty sand deposits and tiny fossilized seashells, which lend the wines a firm minerality. The Santa Maria Bench contains the essence of the terroir of the Santa Maria Valley. Our founder, Jess Jackson, loved the Bench; he even named two of his vineyards there after his daughters, Julia and Katherine. 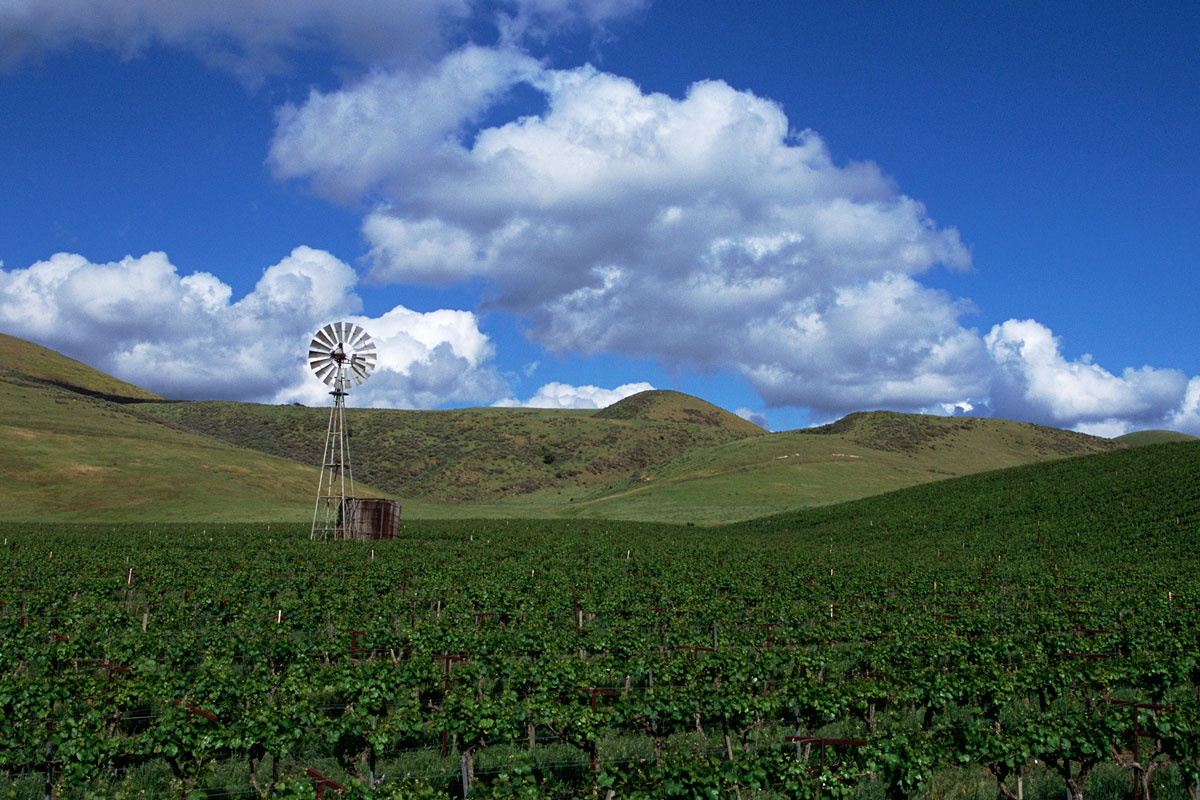 This is an extremely dry area of California; average annual rainfall is only 14 inches, and in drought years — such as the current one — it can be one-third of that! As a result, controlled drip irrigation is necessary. The grapes always are concentrated, resulting in intensely-flavored wines, such as Kendall-Jackson’s Jackson Estate Camelot Highlands Chardonnay. With tropical fruit, peach and spice flavors, bright acidity, a creamy texture and a luscious overlay of sweet, toasty oak, it perfectly displays the qualities of the Santa Maria Bench in a fabulous vintage.