Whether you’re an experienced energy hawk or a first-timer trying to cut your utility bill, chances are there’s something new to learn about light bulbs. Take a walk down the lighting aisle at the store and you can quickly see that there are more light bulb choices than there are toothpastes. So how do you figure it all out?

When we first started our energy conservation program at the Kendall-Jackson we started by getting advice from General Electric. We traveled to their R&D center to come up with a couple of custom solutions for our facilities. You won’t have to travel so far this week; instead, we’ll give you some good advice, just like we’ve been doing at our employee sustainability workshops.

When we went through a lighting retrofit here at Kendall-Jackson we installed over 4,000 new bulbs that save us 1,664,500 kilowatt hours per year – enough to power 266 average homes for a year. This project paid us back in less than 12 months and saves us  $300,000 per year. Although your home results will be scaled down, you’ll find the results from choosing the right light bulbs will save you up 20% of your home electricity bill.

OK, let’s get start narrowing down our choices so we know what to look for when we get to the store. The right bulb is the one that has the brightness, color and cost that you want. Make a note of what brightness and color you’re looking for from the guide below and bring it to the store next time – they’ll show the price choices that meet your needs. 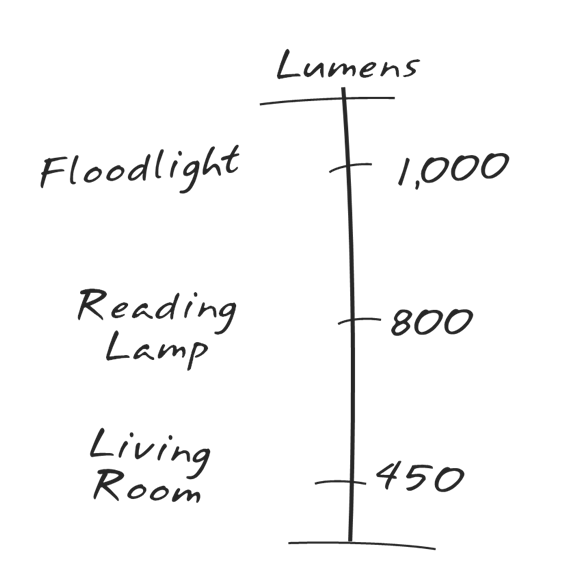 Brightness is measured in lumens which can be found on the package. The more lumens, the brighter the bulb is.  Typical home bulb produces about 800 lumens and you can pick the lumens based on where you’re going to be using them. 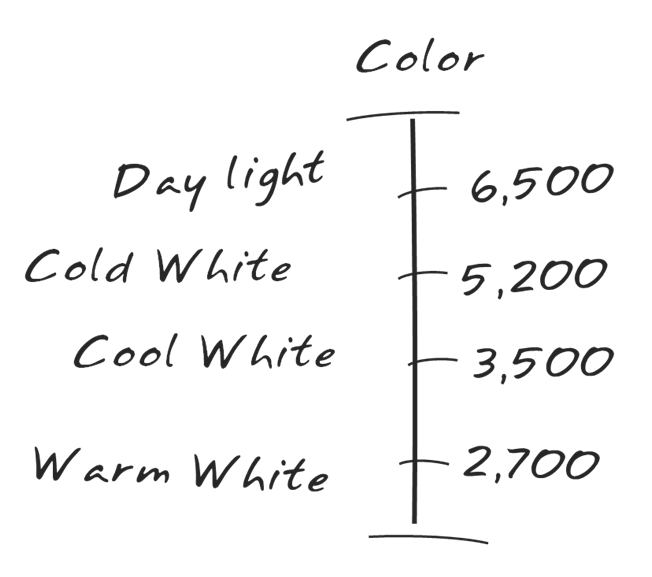 Color, or warmth, of new light bulbs has been a long time complaint. After all, some of the early CLFs produced a color that looked like a fish tank light. Nowadays you can get just about any color you want – just look on the package for color temperature. The lower the temperature, the warmer, or more yellow, the color. As a frame of reference: incandescents are typically around 3,500.

Cost initially scared lots of people off new technology bulbs initially. With the new low cost of CFLs, and the long life of LEDs, the lifetime cost savings is awesome with these new technologies. We can get into cost by looking more closely at performance of each type of bulb. 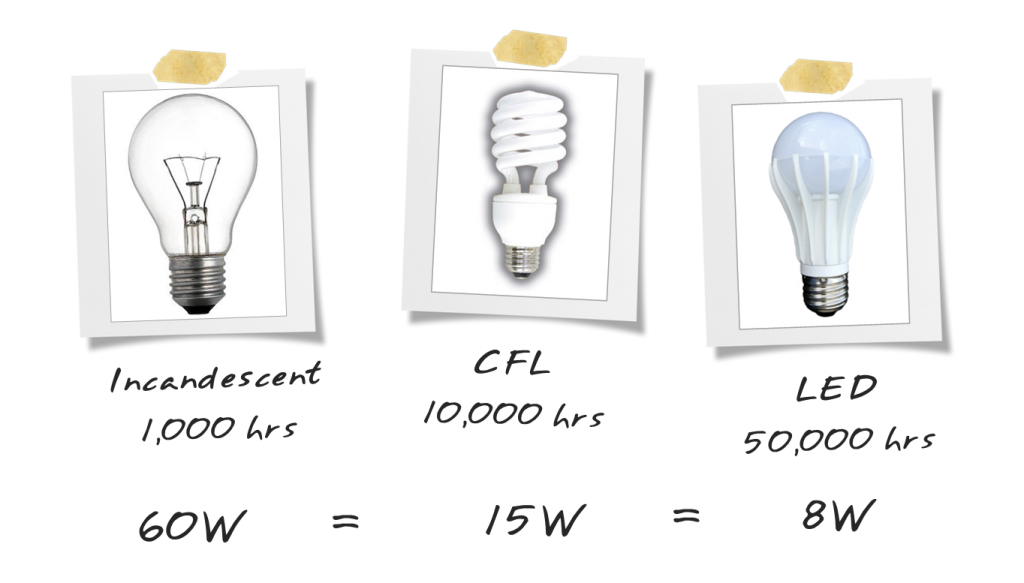 Let’s start by looking at the three main types of home light bulbs:

Incandescents are the oldest type of lighting developed in 1892 by Thomas Edison.  It’s 130 year-old technology; in current tech terms, using incandescent bulbs is like trying to stream a movie via telegraph.

These bulbs are very inefficient, with 95% of the energy used producing heat and only 5% producing light.  Incandescents are more like heaters that happen to glow. With all that heat, you’re got to crank down the A.C. an extra few degrees in the summer – another hidden cost of incandescents. These bulbs are cheap to buy, but they use the most energy and are expensive to run.  Plus, they don’t last very long, so you will have to buy another light bulb before long. 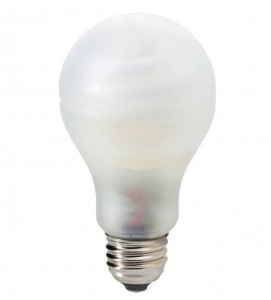 CFLs function just like a commercial fluorescent tube light, just in a smaller package.  Many CFLs are dimmable and most are instant on with no flickering or warm up time like the early versions. There are plenty of options available that are “covered” so you don’t see the “curly-q” look of the first releases. CFLs use 25% of the energy that an incandescent uses which means a 15 watt bulb produces the same amount of light as a 60 watt incandescent.

CFLs do contain a minute amount of mercury vapor. This has been a sticking point for some people who want to make sure they don’t pollute the environment. Two points usually quickly get people over the hump. First, using incandescents rather than CFLs requires four times the electricity. Generating that extra electricity will actually release more mercury and toxins into the environment from the power plant than are contained in the CFL. Secondly, CFLs can be recycled at a hardware store, like 1,700 Lowes, to capture the mercury. Some businesses, like Kendall-Jackson, allow employees to bring in CFLs from home for recycling.

CFLs are reasonably priced and cost less to operate than incandescent; they also last a lot longer, so you save about $60 over the lifetime of the bulb (at California energy prices). 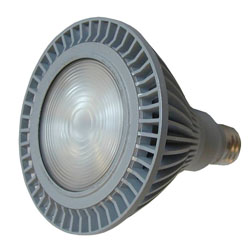 LEDs are the newest and most efficient type of lighting. They’re actually an electronic device and should be recycled like a computer or cell phone. In many states the sellers of LED bulbs have to take them back for recycling.  LEDs are 50% more efficient than CFLs and only use 13% of the energy of an incandescent which means that an 8 watt LED produces the same amount of light as a 60 watt incandescent.

Almost all LEDs are dimmable and they come in cool looking flood lights, like the photo above, and are also are available in omni-directional form and that means they look and act like a regular incandescent. LEDs are the most expensive to buy, but they cost very little to operate and they last up to 50 times as long as an incandescent.  If you factor in the energy savings, and the longer lifetime where you won’t have to buy new bulbs or climb a ladder to replace a bulb, you save around $370 over using a 130-year old technology in that fixture.

Remember before going to the store next time to make some notes on what color and brightness of bulbs you’re looking for and you’ll be able to narrow down the choices pretty quickly. Let us know any cool new choices you come across so we can share the advice.