Wine and Food Pairings: They Change all the Time

Food and wine pairings, and our notions of what goes with what, change and evolve over time. Nowadays, we tend to think along fairly conventional lines: Cabernet Sauvignon with the steak, Pinot Noir with the pork, Chardonnay with the crab. But it wasn’t always so, and sometimes, we don’t realize how caught up we get in the zeitgeist, or spirit of the time.

For example, if you’d lived in ancient Rome, you might have taken a little spiced wine with your salted fish. Had you been in London in the 1660s, your breakfast might well have consisted of a dry white Loire wine with goose pie. The great British gourmand, Professor Saintsbury, who thrived during the Victorian era, wrote of a dinner he gave, probably in the 1880s, at which he served Romanée-Conti (French red Burgundy) with filet of pigeon. On another occasion, he opened a vintage Champagne to drink with beef tenderloin.

Champagne with beef may sound odd to us, but then again, to Professor Saintsbury, a fuyu persimmon and pomegranate salad, tangy in jalapeño peppers and lime juice, washed down with a crisp Pinot Grigio or earthy Pinot Noir, probably would have been equally bizarre. (Here’s Chef Justin Wangler’s most excellent recipe for it.) 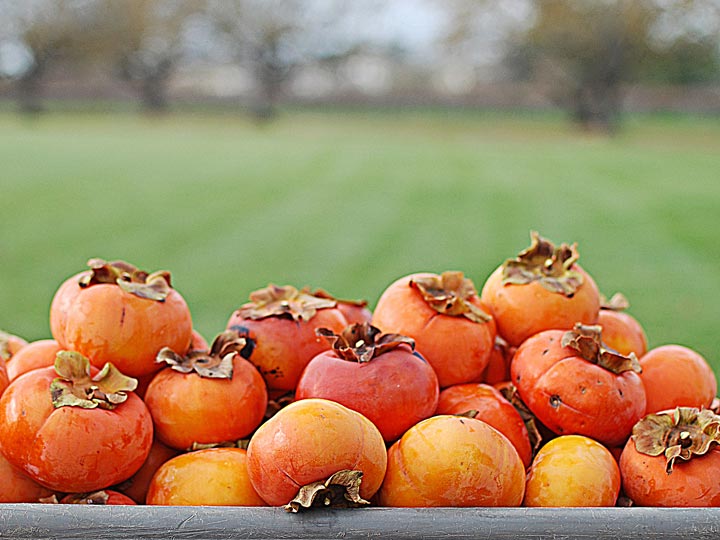 It was in America, following the Repeal of Prohibition in 1933, that our hard-and-fast rules of wine-and-food pairing came together. After 13 dry years, Americans were pretty ignorant about wine. They required education, lots of it — and there was no lack of wine educators to teach them. (Kind of like today, isn’t it?) Back then, there was no Internet, no social media; people actually read books, and the period from 1933 until the outbreak of war in 1941, saw a huge quantity of wine books published in America. Almost all of them had chapters on wine-and-food pairing — and almost all of them reinforced the same old, traditional rules.

Younger chefs, above all, long to burst out of wine-and-food straitjackets. Back in 1975, the legendary Alice Waters, together with her then-chef, Jeremiah Tower (who went on to found a famous San Francisco restaurant), made a dinner that has become historic: all Sauternes, the super-sweet French dessert white wine. Among her other courses was steak with Chateau d’Yquem, the most famous Sauternes of them all. Today, few hosts would pour an intensely sweet white wine with steak. But Alice did it.

The bottom line: While traditional food-and-wine pairings have a lot to recommend them, you don’t have to be a slave to the past. Eat and drink your way. Prefer Chardonnay with your steak? Pinot Noir with the scallops? Zinfandel with an omelet? Go ahead and do it, and don’t fret. That’s what it’s all about.

For more food and wine pairing tips, visit the Entertaining section of our website.