What are the Differences Between West Coast Chardonnays?

Four thousand eight-hundred and forty miles. That's the western US coastline. What are the differences between West Coast Chardonnays? There are a lot!

But, we can narrow the playing field. The Kendall-Jackson family of coastal Chardonnay wines (and all of the K-J Chardonnays are dominated by coastal fruit) runs only from California through Oregon. That's also the case for 99.99% of US wines, whether they are Chardonnay or not. Washington State may be the country's second largest wine-producing state, but almost all of its wine is produced well away from the coast, toward the state's southeastern corner.

Given that we're still considering a vast border along the Pacific Ocean, there are no givens in what the USA's West Coast "terroir" contributes to a Chardonnay. What is a constant throughout West Coast Chardonnay wine growing country is the Pacific Ocean. It is the world's largest ocean. Technically, the Pacific is also the world's second warmest ocean. However, the West Coast gets the brunt of the cold waters, which descend from the Gulf of Alaska before moving east into waters where tiki drinks are ordered more than glasses of Chardonnay.

How do the Pacific's cold waters influence the vines and then the wines? Vineyards close to the coast are more and more prized as climate change factors into vine growing. Cooler temperatures mean that vines don't "sweat" as much. It's a relevant human reference because vines like to be comfortable. When vines suffer too much heat or drought stress, they tend to underperform - just as we do. The chill of the Pacific works to keep grape vines at ease at night with cooler temperatures and in the morning with a blanket of fog that shades the vines from bright morning sunlight. 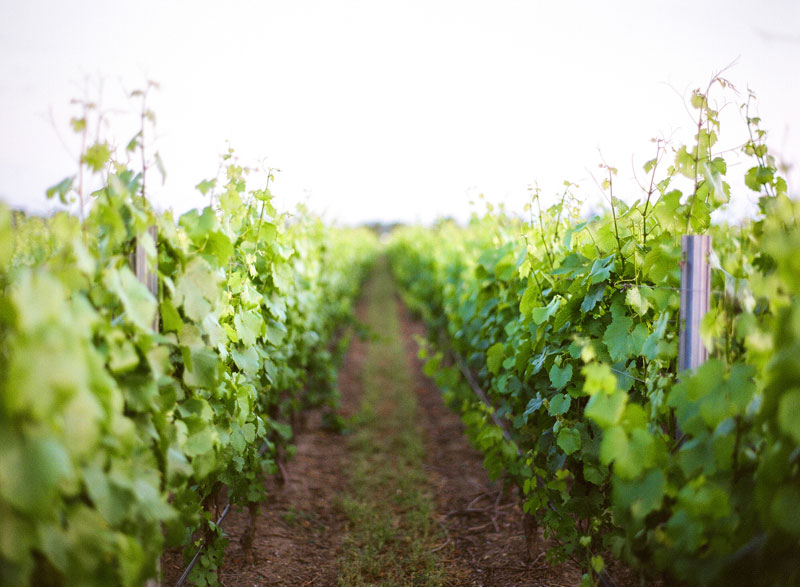 A GLOBAL KINSHIP OF THE BEST CHARDONNAYS

Chardonnay is a flexible grape. It will grow almost anywhere. However, the best Chardonnays need special conditions to fully thrive. West Coast Chardonnays share similarities with other top Chardonnay wine growing regions around the world. These include:

Chardonnay has long been planted around the world for its versatility in the vineyard as well as its winemaking styles. Cool? Warm? Wet? Drought? Chardonnay's got it! Mind you, it has its limits. It will produce wine in warmer West Coast climates like Paso Robles, but it will protest the high heat by making flat, joyless wines. Inland areas like Lodi tend not to be planted with Chardonnay either. The intensity of the heat there will crush Chardonnay's will for freshness and refreshment.

How is Chardonnay capable of such exquisitely precise differences based on its origin? At its most fundamental, Chardonnay is a neutral grape. This means that climate has a significant influence, especially on the chilly, fog-influenced West Coast of the USA.

The Chardonnay winemaker also significantly can influence the taste of Chardonnay. This is based on many choices. They start with the plant material. Which type of Chardonnay to plant? It's a bit like selecting different types of apples. They're all the same family, but different apples have different flavors. Winemakers also chose whether to vinify Chardonnay in stainless steel tanks for a fresh, crisp, fruit-driven Chardonnay taste or to make and age it in a barrel to give it more texture, weight and flavors that are oak-derived. Those flavors include toast, vanilla and fireplace smoke. 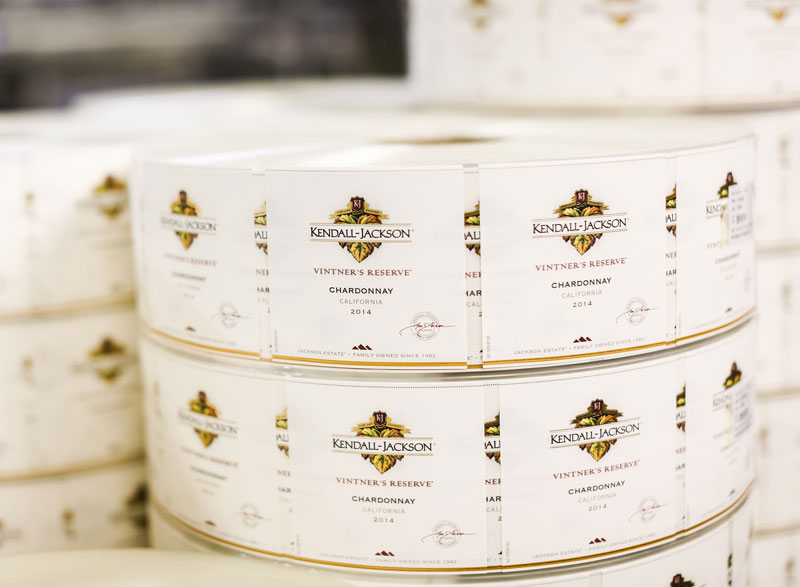 "The purity and expression of the fruit comes from the sites. With Chardonnay, there’s a bell curve of flavors, from the ripe apple of the Russian River Valley, to the pear aromas of Carneros. Down in Monterey it’s lemon and lime, and in Santa Barbara there’s a lot of tropical, pineapple-like fruit." 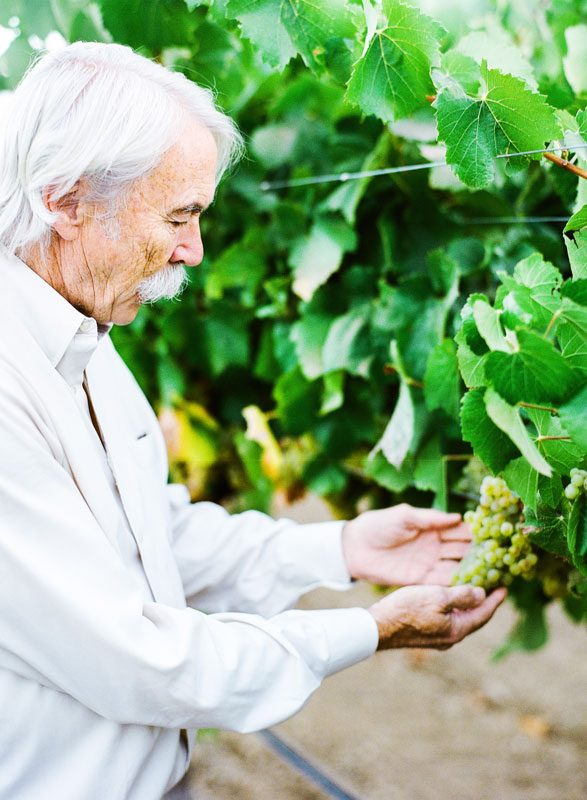 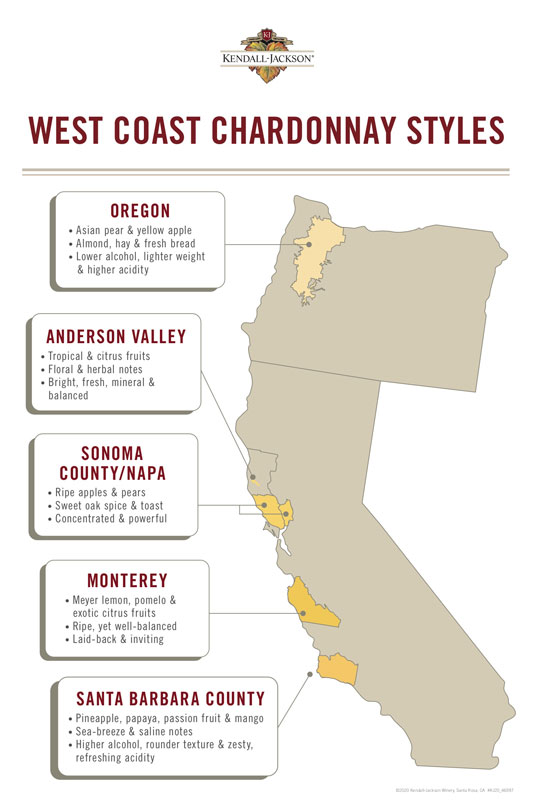 Gloriously, for any Chardonnay style that you prefer, there are many West Coast Chardonnay options. Chardonnay pairings for food are almost endless for America's favorite grape!