I recently had the privilege of attending one of the best classes about chocolate showpiece creation in California.  It was held in San Clemente at the “Art of Pastry” school and was taught by world renowned Pastry Chef Stephane Treand M.O.F — Meilluer Ouvrier de France Patissier, which translates to “Best Craftsman in France.” The title of M.O.F is the highest honor given by the President of France to a professional individual in his/her trade and I was able to work with him side by side. 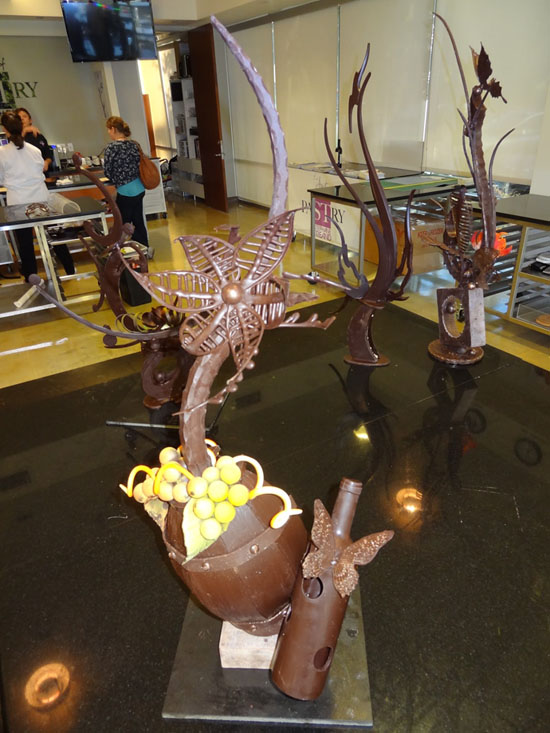 As I entered the pastry laboratory, I was amazed at the pure artistry of the chocolate and sugar showpieces around the room.  I couldn’t believe I would be creating my own for the next three days.  Before the class started, Chef Treand lectured on how to build a showpiece from the ground up. 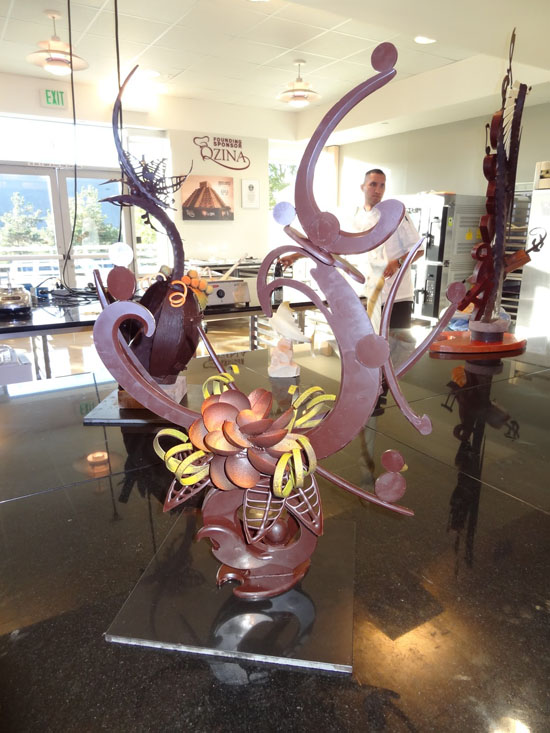 First, he said to think about what you want to create, a season, theme, etc., and then draw it out on paper before you build the showpiece.  As the Pastry Chef of Kendall- Jackson, I wanted something that would represent our artisan wines, beautiful gardens and vineyards. 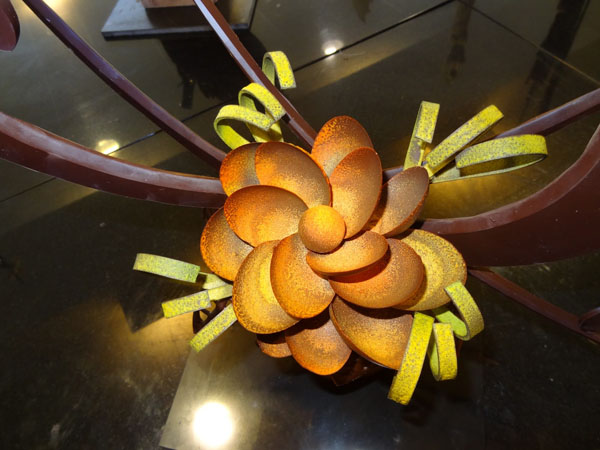 In the end, I’m extremely happy with what I created, and I think it captures Kendall-Jackson very well. And everything you see is edible and entirely made from chocolate, including the vibrant colors.

Next time you stop by the Kendall-Jackson Wine Center, watch for chocolate showpieces on display as I put my new skills to work.