Each spring there’s a nationwide community fundraising event for nonprofit organizations called The Human Race. Kendall-Jackson is the lead corporate sponsor and almost 70 of our employees and family members lined up to have some fun this year doing a run or walk while supporting nonprofits.

It was a fun morning for everyone and our “bottles” made their annual appearance to add to the festivities at this year’s event on May 5th. 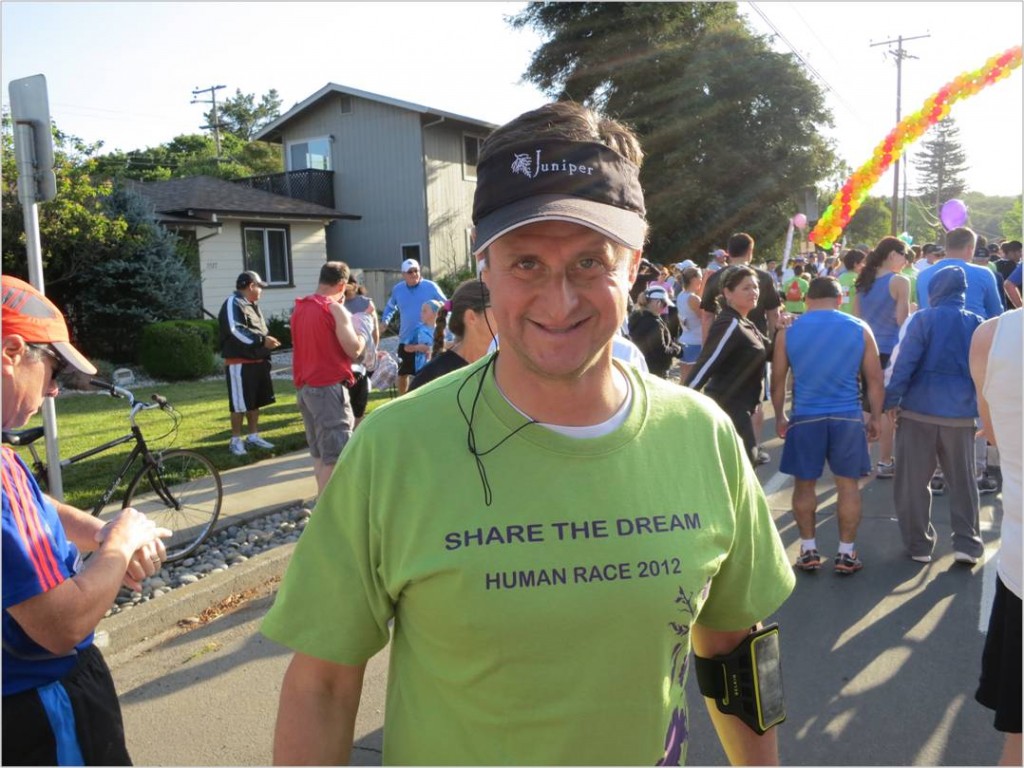 Kendall-Jackson blogger Winemaker Matt is ready for the 10K race. 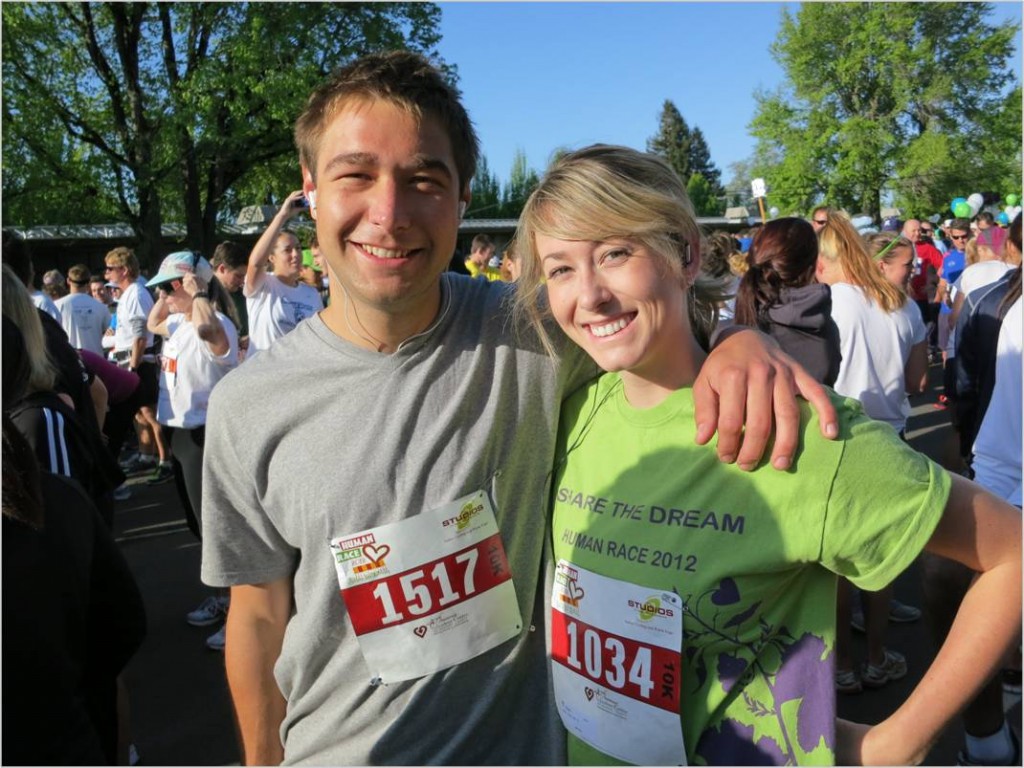 Jamie from Marketing and her boyfriend are relaxed before the early morning run. 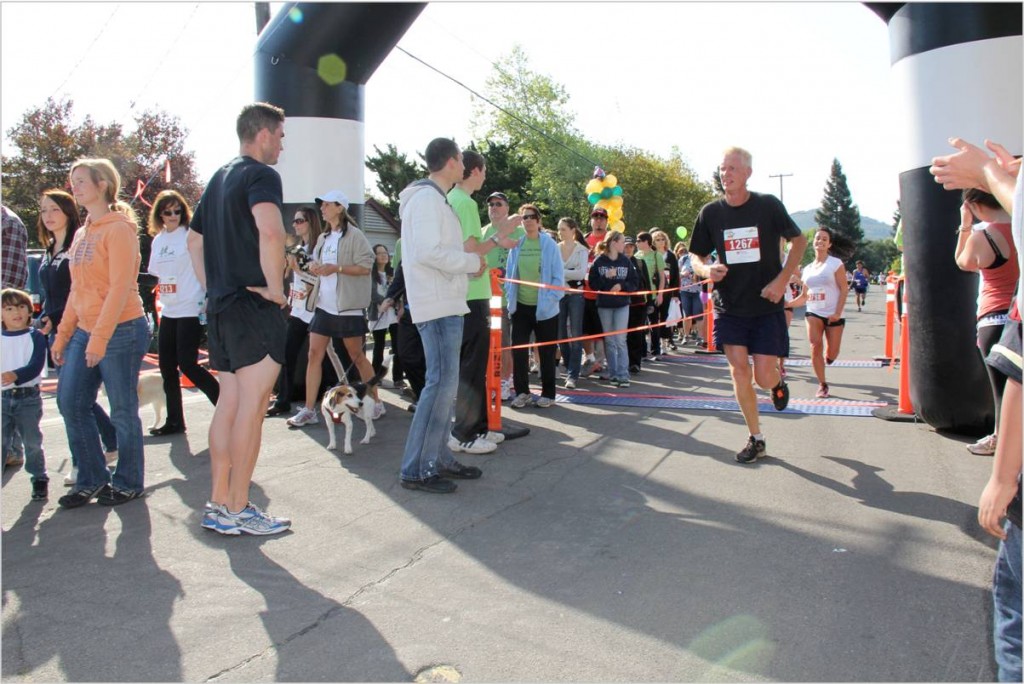 Thousands participated in Sonoma’s Human Race – the largest in the U.S. While 10K runners finished on the right the 3K walkers crossed the line on the left including our Chief Communications and Financial Officers in green t-shirts. 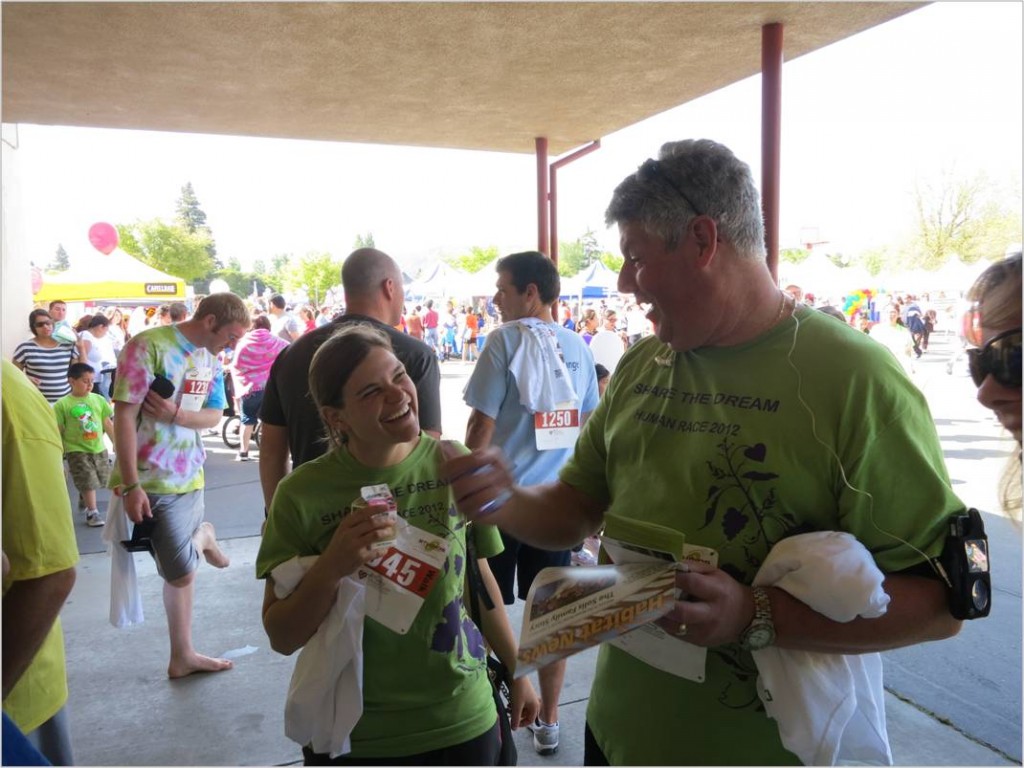 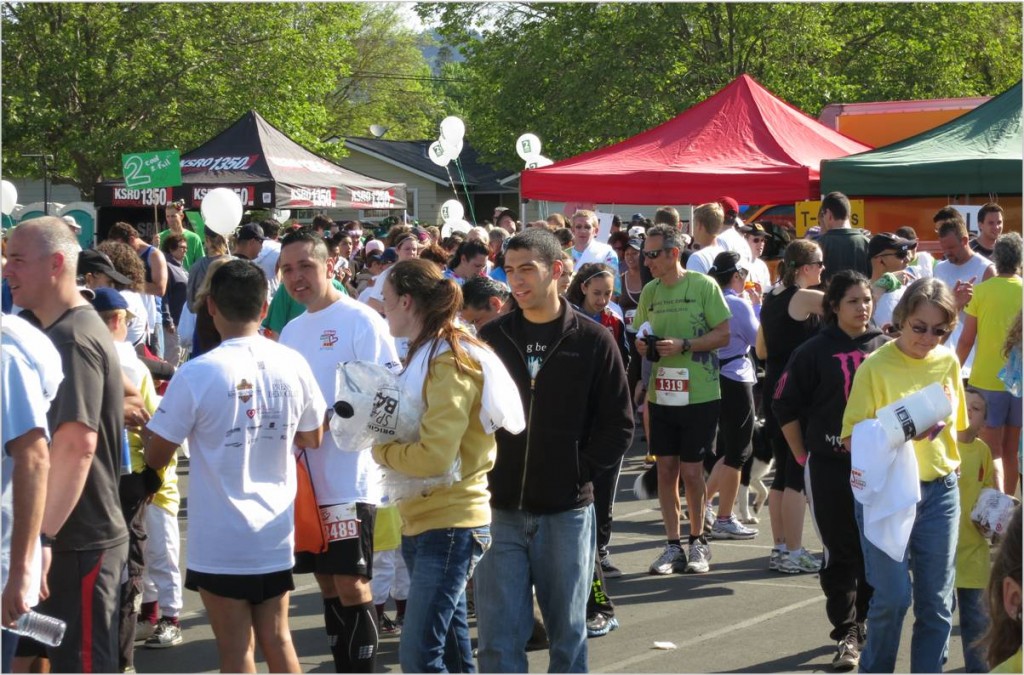 The party continued for hours as participants and families toured the dozens of tents for nonprofits including our Head of North Cost Production Rick.

A very large Thank You is owed to Stephanie and Lorri (not pictured – that’s winemaker Fritz again) who lead the charge for our team. They worked with all of our individual team leaders and employees for months to make this event a huge success. They gave some serious time and effort to help charities and people in need personally raising thousands of dollars. Many thanks to Lorri and Stephanie and all those who participated in this year’s Human Race to raise funds for charities!