Raise a Glass! The 82nd Anniversary of Prohibition’s Repeal

December 5th, 2015 marks the 82nd anniversary of the repeal of Prohibition, a period in the United State’s history where alcohol was not allowed to be produced or consumed between 1920 and 1933. 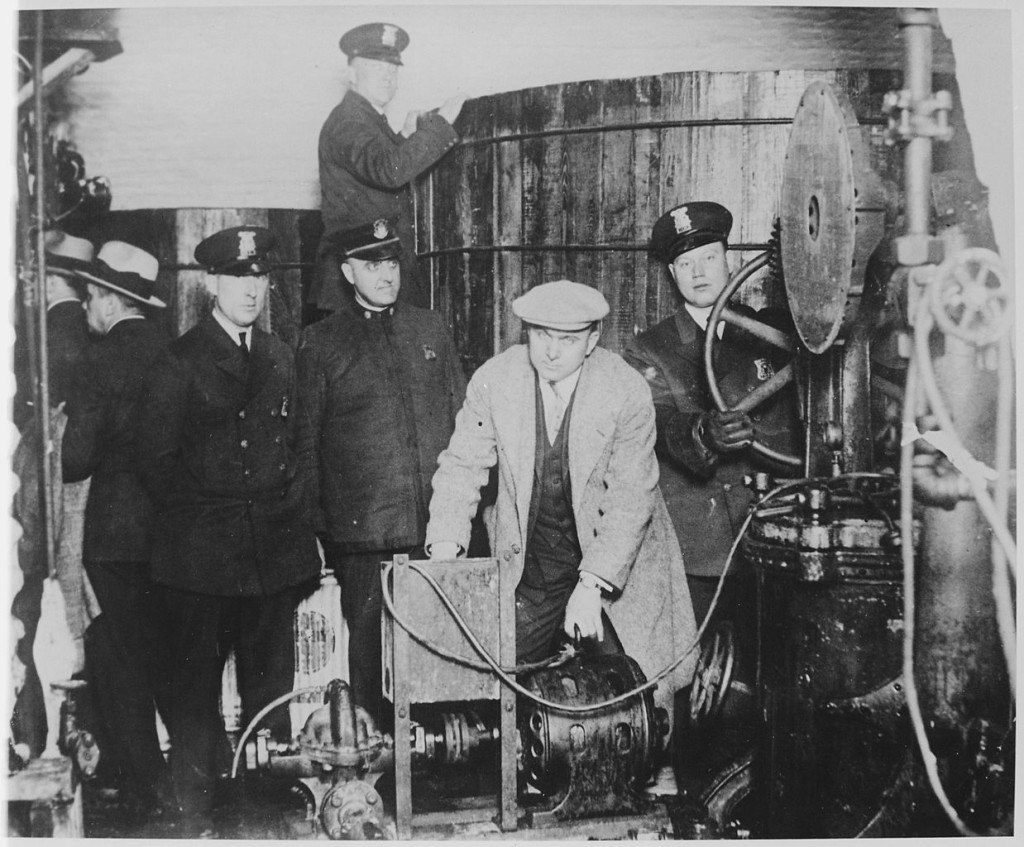 Prohibition began in the United States as an effort to reduce alcohol consumption, which many felt was having a larger impact on society. Women were strongly behind the movement as much of the money brought into the household was spent on alcohol instead of food for the family. Temperance societies had already begun in the early 1900’s, with many seeking ways to spread awareness to reduce alcohol consumption.

A demand for change was becoming more and more prevalent with many states passing local laws which prohibited the manufacturing and sales of alcohol. At the same time, the Temperance Society was pushing for national legislation, which would develop into the start of Prohibition, called the Volstead Act, taking effect on January 17th, 1920.  Prior to the act going into effect, an estimated 140 million bottles of wine were sold in the months leading up. After January 1920, many wineries had to close their doors while a few were legally allowed to stay in operation to produce sacramental wine for the Catholic church. These wineries included:

The land which used to be dedicated to wine grapes, were mostly removed and replanted with fruit trees. However, under the Volstead Act, each individual was allowed to produce up to 200 gallons of wine at home. The grapes used to make this wine were often shipped from California but the varietals we grow today such as Chardonnay and Cabernet, did not travel well. Many grape growers replaced these noble varietals with poor quality grapes which could be dried and then shipped.

Prohibition was a success at first and lead to less public drunkenness and consumption levels, but illegal alcohol use rose along with its price. Enforcing the law became difficult as many who wanted to keep drinking, found ways to do so through speakeasies, cruise lines who sailed international waters, and through “medicinal purposes.” The demand to drink alcohol slowly became stronger than abstaining which lead to the Prohibition being overturned on December 5th 1933, also known as, the 18th Amendment.

After the repeal of Prohibition, many were so thrilled to consume alcohol again, they didn’t necessarily care what it tasted like. The wine industry didn’t begin to flourish again until the 1960’s, when quality started to improve. During the 1970’s the creation of the American Viticultural Areas, (AVA’s), regulated wine growing regions and individual vineyards. Shortly thereafter, the Time Magazine Paris Tasting happened in 1976 where a number of American wineries beat the French wines, putting the American wine industry back on the map and proving, great American wines were being made again and has grown to be the industry it is today.

Let’s raise a glass this December 5th in honor of the 18th Amendment.